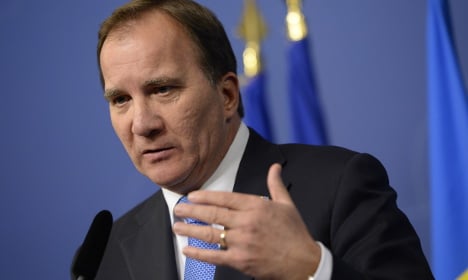 The EU's leaders agreed on Wednesday on spending and strategy for the coming months to try to lighten the load on countries most heavily burdened by the refugee crisis.

Leaders tried to find a solution that would put an end to what EU Council President Donald Tusk called “chaos on our external frontiers”, which sees many refugees entering Europe and attempting to evade registration until they arrive in their destination country of choice – often Sweden.

Instead, the EU will set up registration centres known as 'hotspots' in Greece and Italy, where most refugees arrive on European soil for the first time. There are also plans for a third in Bulgaria.

Sweden's Prime Minister Stefan Löfven welcomed the plans after the meeting, saying the steps had been taken to ensure the continent's refugee reception is carried out in a more “orderly” fashion.

“The refugees' documents will be controlled [at the hotspots], finger prints will be taken. We will also make sure that those who do not get asylum leave the EU,” he told reporters. European cash will also begin flowing to the front lines of the refugee crisis, with €1 billion earmarked for the UN World Food Programme (WFP) and another billion for direct aid in Turkey.

African countries in crisis will also received €1.8 billion in emergency funds and the EU's border agency Frontex will be beefed up with more cash and personnel.

Sweden has previously agreed to contribute 25 million kronor to help the UN improve conditions in refugee camps in Turkey, Lebanon and Jordan.

“I agree that more could have been done sooner, but Sweden has nothing to be ashamed of,” said Löfven.

On Tuesday, EU interior ministers voted through a plan to share responsibility for 120,000 refugees across Europe through a quota system.

Sweden, which takes in the second-largest number of asylum seekers after Germany, has long supported introducing such a mandatory relocation scheme.

“It would then mean that you force countries to do things they do not want. On the other hand, that's a situation we all sometimes experience, that you sometimes have to do things you don't want to do, just because the circumstances actually call for political leadership,” Swedish Migration and Justice Minister Morgan Johansson told Swedish Radio earlier this month.
The Nordic nation has a global reputation for helping refugees, but it has faced some criticism within Sweden following complaints from asylum seekers about long waiting times and access to housing.
Earlier on Wednesday the European Commission said it was among 19 member states being investigated for potentially violating asylum laws.