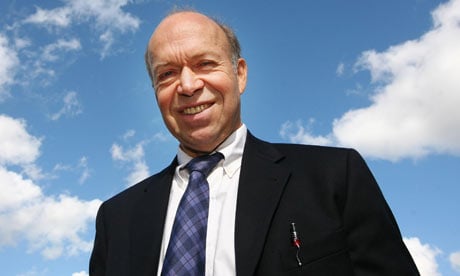 Professor James Hansen, the former Director off the NASA Goddard Institute for Space Studies, gave a lecture about climate change perspectives on September 28 in Stockholm.

James Hansen is known for his significant impact on climate studies. He was among the first to bring up the question of global warming and kick-started an increase in global awareness of this question in the 1980s.

The main focus of the lecture was to emphasize the importance of lowering CO2, to point out the climate impact factors, and to uncover the topic of international collaboration in climate issues.

What is the impact of CO2 emission? Extermination of species, ice melting, the heating of oceans, and finally global warming and rising sea levels that will eventually put huge territories of South America, Europe and China under water. James Hansen argued that global climate crisis has been caused by CO2 emission. The main source of CO2 emission is fossil fuels. Continuing the use of fossil fuels leads to the acceleration of global warming processes, which are already going faster that was previously predicted.

Why does this issue demand international collaboration and global awareness? Because fossil fuels are the cheapest fuel source nowadays, and thus the main reason why our world has become so wealthy.

Hansen’s suggested solution is to try to lower CO2 emissions as much as possible by fossil fuel substitution and by collecting a carbon fee. These are crucial issues that need cooperation between politics and climate organizations in order to be solved.

But why can’t the solutions be easily implemented?

James gave the example of the current situation in the United Sates. The first point (that contradicts the idea of a carbon fee) is that the carbon fee collection as an additional tax will hinder the economy. Coal mining is a major sector in US industry. Consequently, it is easier to just convince society that subsidizing fossil fuels is expensive, despite the fact that fossil fuel substitution is cheap and applicable.

“I’m not sure that politic leaders understand the issues,” Hansen said. “They are too concerned about little thingsor military things.”

The highest levels of cumulative emission (tons carbon per person) are in the USA, UK, Germany, Canada, Russia, and Australia.

“Sweden is the only country in world that decarbonates electricity,” he noted.

But it’s not enough: every country should use decarbonation electricity technology.

The public organization that is responsible for climate change regulation in Sweden is the Citizens' Climate Lobby (CCL, http://klimatsvaret.se/). The organization supports Hansen’s idea of reducing fossil fuel by increasing prices on carbon and an application carbon fee. They suggest distributing the entire revenue from the carbon taxation to the public again in equal parts.

During the discussion after the lecture, the questions of international dialogue and sharing experience were brought up that are especially actual in advance of the 2015 United Nations Climate Change Conference in Paris.

For instance, the climate policy of China doesn’t embrace western approaches, but uses market forces and its own innovation.Collaborations are extremely important to get people to understand the importance of climate change issues and unite human global society to solve them.

Are you attending an event you would like to write about? Get in touch!