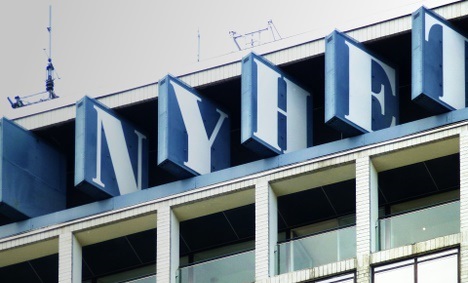 Credit: Holger Ellgaard (Creative Commons)
Last week Axel Springer fired the largest European shot so far in the battle for the future of news. With its acquisition of Business Insider for $442m the German media giant – which failed in its bid for the Financial Times – followed up investments in Politico, Ozy, NowThis and Mic.

In stark contrast to Swedish news businesses, Axel Springer is investing heavily in its future audience. The company is convinced that there is a future in news, and that future lies in large, international audiences that are defined not by geography but by demography.

This will be a safe bet if advertisers’ buying patterns follow suit – which is exactly what’s happening.

I visited the London office of a very traditional British high street retailer last week, and what I saw was an astonishing global digital marketing operation targeting over 100 countries. For this scale of branding communications – increasingly native advertising – it’s simply not efficient to work with dozens of national audiences.

What they told me they need is a small number of global audiences with similar tastes and buying habits – and, crucially, a context for their message.

I’ve written elsewhere about how America’s approach to news has given it a head start over Europe in this new industry paradigm.

Huffington Post, the original $300m poster child for new news brands, is going strong. Buzzfeed has transitioned successfully from froth to hard news. Politico is cloning itself into an EU version backed by substantial capital and Medium scored $57m in financing just this week.

They’re all new brands, all digital, all with international ambition – and they’re all American.


Paul Rapacioli, CEO and co-founder of The Local.

But we can be sure that Europe will follow – and despite Axel Springer’s early moves no country is better placed to exploit this once-in-a-generation opportunity than Sweden.

The question is whether the Swedish media industry believes in news journalism any more.

There is no doubt that Sweden is good at media and good at creating global user bases from scratch. Spotify is the obvious example, but look at Tradedoubler, Mojang, King, Skype, StarDoll – even The Pirate Bay.

Swedish companies are at the forefront of media technology and have the know-how to monetise audiences. Stockholm is the hottest place on the planet right now for start-ups and the energy is palpable.

All of these skills were put to work in the creation of the original global news brand: Metro.

Metro was a phenomenal achievement which has had as big an impact on the media industry as Ikea has had on home furnishings, or H&M on fashion.

One of its many legacies is a vast collected experience of running an international news operation. All over the Swedish media industry are senior executives who spent the formative years of their careers building up a global news brand and whose own personal contacts are now running media operations all over the world.

But rather than being put to good use, the Metro journey has fostered a view among Swedish media execs that international news doesn’t work. (One ex-Metro manager once told us to avoid Germany since Metro had such problems there. Our Germany edition now has over a million readers a month.)

What they should be doing is putting their experience to work. But, psychologically damaged by the demise of “the world’s biggest newspaper”, the Swedish daily news business remains inward-looking and shrinking.

Metro was a brilliant idea before its time. A global daily news brand does not work in print or in multiple languages. But it does work online and in English – as half a billion dollars of German media money testifies.

Instead of retreating from the game and letting America and Germany divide the rewards between them, Sweden needs to flex its media muscles. The future of news has only just begun.

This article originally appeared in Swedish in Resumé