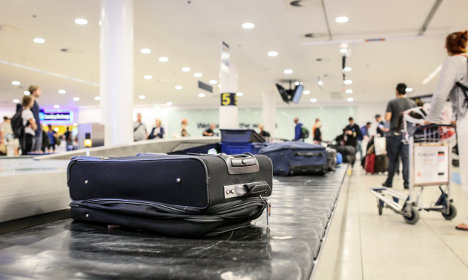 Norwegian CEO Bjørn Kjos told Berlingske Business that the budget airline is expanding its operations in Copenhagen and hopes to introduce a total of seven new long-distance routes out of the Danish capital soon.

Less than a 15-minute train journey from Malmö on the Swedish side of the Öresund strait, Copenhagen is already a key hub for both work and leisure travellers based in southern Sweden.

The potential new routes spell good news for the area's international business scene, which is home to a growing number of startups connected to fellow entrepreneurs in Asia as well as the Americas and Europe.

“We are currently negotiating with the two South African cities and those in India, so they will likely be the first ones. Brazil and Argentina will come after that, but it all depends on where we get flight permission first,” he said.

While Norwegian could not promise a concrete date for its new Copenhagen routes, rival airline SAS on Thursday said that it would open a new daily route to Boston, which the company chief executive said has long been in demand among Nordic business travellers.

“Boston has long been high on our wish list of non-stop destinations and we are therefore delighted to start selling tickets for this direct daily service from Copenhagen,” Rickard Gustafson said.

To begin with, the Boston route will use a Boeing 737 catering primarily to business class travellers but SAS said that it would upgrade to a larger plane if the route catches on. The Boston route will depart Copenhagen every day at 12.50pm and arrive again at 7am.

The airline, which is partially owned by the governments of Sweden, Denmark and Norway, announced earlier this year that it would introduce new routes from Stockhom to Los Angeles and Hong Kong and Miami from Oslo and Copenhagen.

It has spent the past few years struggling in the face of growing competition from low cost airlines, including Ryanair and Oslo-based Norwegian, Europe's third-largest budget carrier.