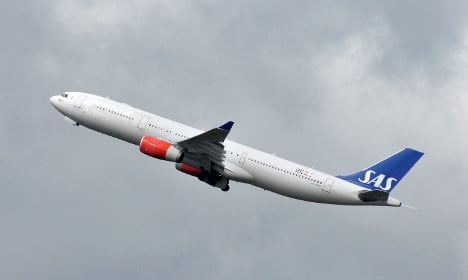 A SAS aircraft similar to the one in the article. Photo: Johan Nilsson/SCANPIX

The SAS flight, an Airbus 330 carrying 146 passengers, was en route from Stockholm to Chicago when it encountered problems on Monday and was forced to land at a Greenland airport.

“There was a smell of smoke in the cabin, which is believed to have been caused by a short-circuited coffee maker,” SAS press spokesperson Anna Nielsen told the TT news agency.

Passenger Anneli Alanko told the newswire that the lights had gone out and passengers had been told to remain seated with their seatbelts fastened.

“The captain told us later that we should prepare for a normal landing and that we would be met by fire engines, which according to him was a routine measure. The SAS staff were incredibly professional and thanks to them the passengers remained calm,” she said.

None of the passengers or the ten flight crew members on board the aircraft were injured and according to Nielsen the landing was “normal and undramatic”.

The travellers stayed at a hotel overnight and the plane was expected to take off from Greenland, and head onwards to Chicago, later on Tuesday.

SAS
ANALYSIS: Why are SAS pilots on strike?

SAS
How long could the SAS pilot strike last?
Url copied to clipboard!