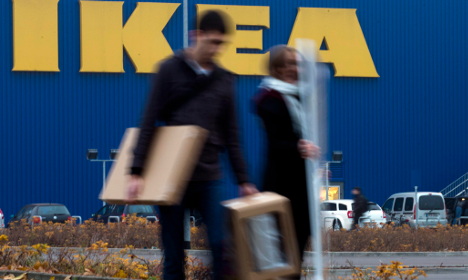 “We hope that Ikea will open a store. It would be an important symbol, because of its good reputation and the fact that it doesn't pay bribes,” Trade and Economy Minister Aivaras Abromavicius said in an interview with Swedish financial daily Dagens Industri.

In 2009, Ikea said it would open an outlet in Ukraine and went on to buy a plot of land near the south-western port city of Odessa. But it abandoned those plans a year later, saying the market was not strong enough.

According to Ukrainian and Swedish media reports, the real reason it pulled out was that Ukrainian officials had demanded kickbacks.

Ikea itself hinted at the problem.

“Ikea does not have money to bribe. Why did land in Ukraine cost three times more than in Moscow or in London?” the head of Ikea's Russian branch Lennart Dahlgren said in 2010.

Abromavicius said he was visiting Stockholm to try to change the image of Ukraine, following the 2014 ouster or Russian-backed president Viktor Yanukovych after mass protests denouncing corruption and demanding closer ties with the West.

“Now we are reaching out to Ikea. This time it's different,” Abromavicius told Dagens Industri, referring to the ex-Soviet republic's current pro-Western administration.

Ikea, the world's leading furnishing chain, has stores in 47 countries and is planning to expand further.

The Ukrainian minister's comments come just a week after it was blocked from opening an outlet in Morocco. While officials said the Swedish company lacked a “conformity permit”, sources claimed the underlying reason was Sweden's position on the Western Sahara conflict.