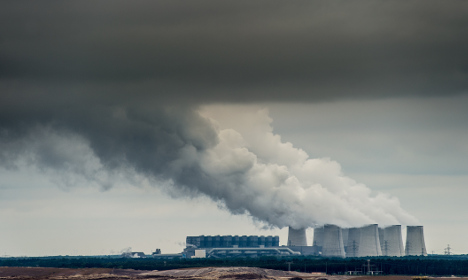 The Swedish branch of the environmental group offered no money to the state-owned company, arguing that the lignite mines and power plants in eastern Germany are in fact a liability.

“The brown coal must stay in the ground,” said Greenpeace, adding it would submit a formal statement of interest to Citigroup, which is handling the sale.

Greenpeace said it hoped to transfer the operations into a charitable foundation, paid for by Vattenfall and the German and Swedish governments, in order to phase them out by 2030.

“We don't want to pay any money for it, it's worth nothing,” said the head of Greenpeace Energy, Nils Müller.

The group claimed that the net value of the business until 2030 would be €500 million – but that the bottom line goes deep-red, to around €2 billion, once social and environmental costs are factored in.

These included decommissioning the plants and greening the open-cast mines, aside from the impact of pollution on public health and the climate.

“Those who ignore the enormous costs resulting from dirty coal expect that someone else pays them – most likely the German state and its taxpayers,” said Annika Jacobson, head of Greenpeace Sweden.

“The cost for society is many times higher than the profit any operator could make.”

The Vattenfall sites include the power plants Jaenschwalde and Schwarze Pumpe in eastern Brandenburg state and Boxberg and part of Lippendorf in Saxony.

Vattenfall has written down their value, given falling wholesale power prices as a result of Germany's transition toward renewable energy.

Two others are reportedly in the running to buy the operations, the Czech energy groups CEZ and EPH.

Vattenfall has said it would consider all serious offers, but the proposed model looked unlikely to win the backing of German politicians who have plegded to keep jobs in the region.

Jacobson said the group's plan “ensures that the lignite remains buried and that activities are dismantled as soon as possible, but without jeopardizing the social structures and energy supply”, promising “a participatory process” with communities.

“We need the political will from governments,” she said.