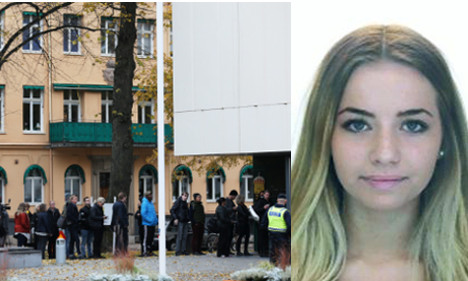 The queue to get into the court (left) and Lisa Holm (right). Photos: TT/ Björn Larsson Rosvall/Private
Family and friends of the schoolgirl were present at Skaraborg District Court in central Sweden as the trial got under way on Wednesday morning, three months after her body was discovered in a tool shed close to the barn.
Lisa Holm, 17, was killed after she went missing in June following a shift at a cafe in Blomberg near Lidköping. Prosecutors only revealed last week that they suspected a sexual motive in the case.
Although an autopsy found that the teenager had not been sexually assaulted, she was partially unclothed when she was found and her mouth had been taped shut.
“The family want to know 'why?',” said lawyer Tore Brandtler who is representing the Holms.
She told the court on Wednesday that the pupil was a “good girl” who was usually both shy and careful.
“It is unlikely that she would have gone voluntarily into the barn. She went there either by force or because she was lured in,” Brandtler added.
The 35-year-old on trial has denied any connection to the crime, although his blood was found on Holm’s coat and on a piece of rope. Traces of his semen were found in the barn.
His lawyer Inger Rönnbäck said that her client had masturbated in the building, where he sometimes worked.
“We know that this is something that sometimes happens in the workplace. He is ashamed of it,” she told the court.''
Lisa Holm's family are seeking 150,000 kronor ($17,700) in damages from the suspect.
The trial continues. 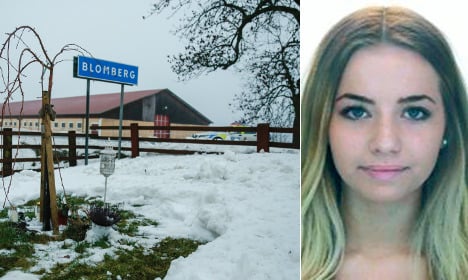 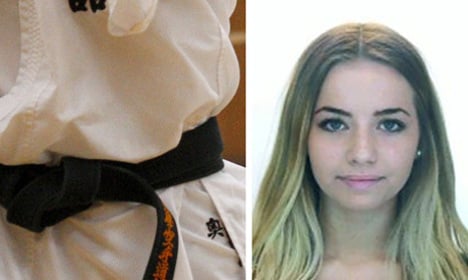