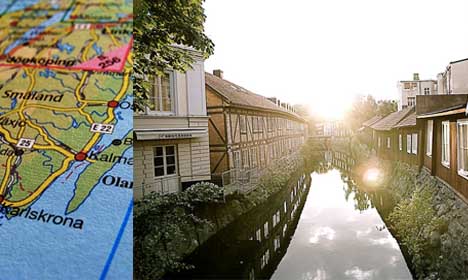 Roadtripping along the Gulf of Bothnia in Northern Sweden is a magical experience that more tourists should take time to enjoy, says Lola Akinmade Åkerström, National Geographic photographer and editor of Slow Travel Stockholm.

“The Gulf of Bothnia is one of the most underappreciated regions of the country. It’s super easy to hop on a plane and fly an hour to Luleå, instead of a 12 hour drive, but that long drive weaves you past tranquil landscapes: Classic red and yellow cottages alongside pine trees. Still lakes reflecting wide blue skies and low hanging clouds, or caked with ice and snow like sugar frosting during winter. Small colourful rowboats docked alongside wooden piers that run into small bays just off the Gulf of Bothnia. During the summer, the sun hovers over the horizon, but never truly disappears.” According to Emily Stewart, founder and creative director at Basedtraveler Books & Media, Västerås is a city that captures “the essence of true Swedish culture”. She loved the city of 143,000 residents (fifth biggest in the country) so much so that she wrote a travel guide about it.

“Västerås is definitely underrated. One of the biggest reasons is due to the location of its airport. As it stands, Västerås is just a travel hub for most visitors. Västerås carries the obvious tourist attractions, like lovely pedestrian squares, ancient cathedrals, even more ancient Norse ruins, proximity to natural wonders, and an understated arts culture. It also shows the diversity of Swedish society, the social emphasis on creating a strong family life, the economic interplay of Swedish industrial economy, and links geographically to the rest of the country via train, plane and automobile.” Sweden’s capital has way more to offer its visitors than places the cobbled streets of the old town (Gamla stan), Kungliga slottet (The Royal Palace) or the Vasa museum. One of the staff at the travel guide group Stockholm Our Way believes that both tourists and Stockholmers are much too quick to forget about one of Stockholm's largest city parks.

“Hagaparken (‘the Haga park’) offers vast green open spaces. You can swim there during the summer or have a “fika” or lunch at the restaurant. Then there’s the Butterfly house with a lot of good exhibitions. Many Stockholmers are not there as much as they should be, which means the park is never crowded. It’s not that far from the centre, but maybe far enough that most people don’t go there.” To go to Northern Sweden just to chase northern lights is ‘old tourism’, according to Steve Vickers. He’s a British writer and co-founder of travel website Routes North, who was thrilled by his visit to Jokkmokk, a small Swedish town of just 2,800 residents in one of the most northern parts of the country.

“Few foreign tourists ever seem to stop there but it has a special kind of charm during the winter. The wide, snowy streets are edged by pretty wooden houses and neon-lit shopfronts, and now and then you'll get a reminder that the forest is right on your doorstep – a reindeer skin draped across a snowmobile outside a local shop, or a huge stuffed bear decorating a hotel bar. There's a lively handicrafts scene in town, and there's a great Sami museum, too.” Sleigh riding is a regular activity in Jokkmokk, in the most northern parts of Sweden. Photo: Thord Nilsson/TT

5. The coast of Halland

Sweden’s stunning west coast is a popular spot for tourists but some parts of it are often forgotten, according to Ann-Charlotte Ekensten. Together with her family she runs the blog Campingfamiljen (‘The camping family’) and has travelled around most of the area.

“Halland, a small coastal province in the south-west of Sweden, is amazing and definitely underrated. Most people just think of Bohuslän, the region north of Halland, when they think of the west coast, but between the cities Varberg and Halmstad there is a whole string of hidden pearls. Near places such as Ugglarp and Slöinge you can find the best cafés in the country and there are several fantastic organic farm shops that sell really good meat. Not to mention the beaches, with a ‘jungle’ of reeds that grow all the way to the beginning of the sand…You won’t have that in Bohuslän, for example. I would recommend people not to go to the biggest tourist spots though, like Tylösand beach in Halmstad. There are so many small places that are better.” Nick Marinkovic, who runs travel guide My Real Stockholm, says the Swedish capital's best restaurant, can be found in Midsommarkransen, a quiet suburb in the south west of the city, which also boasts a yummy pastry shop and a friendly village atmosphere.

“I love finding restaurants that people don’t know about, 'Svenska hamburgerköket’ is one of them. It's situated a bit outside the centre, between subway stations Telefonplan and Midsommarkransen, on the red line. They offer the best burgers in the city and prices are really good. The area itself is perfect for those who want to feel like they are on vacation in a small town. Here you'll find a park where the kids can run around and play, and a pastry shop that sells mouth-watering treats.” Fredrik Nystedt's account on Instagram, @citronsyra, has over 24,000 followers. Many of his photos have been taken on the west coast of Sweden, some in the small village Grundsund, a place he thinks plenty more people should explore.

“I grew up on the west coast and obviously have a lot of connections to the area. But when people talk about Sweden’s west coast, they often talk about places like Smögen, Väderöarna and Marstrand, which are all big tourist spots. Grundsund, an old fishing village, is often forgotten. Even today fishing-boats berth at the harbour. The small, brightly coloured boathouses make the place really idyllic. There are both restaurants, parades and old buildings in the area. It’s a perfect spot for a weekend trip. For me, Grundsund is the west coast’s unnoticed pearl.”

Article written by The Local's contributor August Håkansson and first published in 2015.