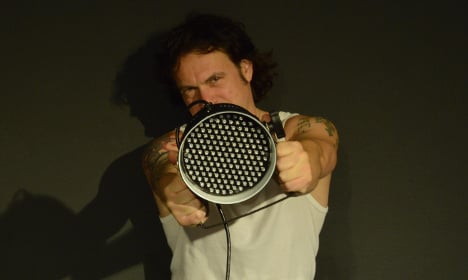 While most adults have either dear or painful memories of playing the recorder as a child, or struggling to produce a single (rather than several at once) note on the violin, few ever made it to the drum set, often kept locked up in the corner of the music teacher's classroom.

But Joe Tyburn knows better. In fact, insists the teacher from Aachen in Germany, the drums are some of the most underestimated instruments in the world of music lessons.

“Music has to do with emotions. It trains your emotions. Now, drums train both sides of the brain – you have to use the left hand, right hand, left foot, right food – so it can be good for school as well. But, in the end, it's about fun. When the kids have fun I've reached my goal,” he tells The Local.

Like so many others, Tyburn came to Sweden for love, and ended up staying after falling for the country as well. Today, he runs a music school in Gothenburg, while working on a range of music projects on the side.

“There are other schools offering lessons in piano or guitar. An instrument for kids is always good, but what I see especially about the drums is that you have kids who enjoy it and get good at it, but you also have kids who have problems in school whose problems get better after they learn to play the drums,” he says.

READ ALSO: There's such a demand for live music in Sweden

The 44-year-old launched his drum school in his Gothenburg music studio around seven years ago. But he noticed that parents were reluctant to drive their children to activities in the evenings and was given permission by the English School to also organize classes to coincide with the pupils' scheduled after-school activities hour (called 'fritids' in Swedish) in one of its classrooms.

“It means that the parents can just get their kids straight from school and don't have to drive them anywhere else in the evening. And what's interesting is that some of the parents are starting to pick up the drums themselves,” laughs Tyburn.

Today, he teaches the musical instrument in English, German, French and Swedish to an international clientele. But he says the experience is much the same no matter where the pupil is from.

“I have students that are French, South Korean, Scottish, Italian, Swedish, even one from China, and there is no difference. They all see the drums and they get big eyes,” he says.

In similar spirit, although he is fond of his adopted country and says he would struggle if he had to return to Germany in the future, he remains reluctant to elaborate on differences between the two countries and if they could learn from each other.

“One thing I have noticed in Sweden is that when it is either school or work, people are very, very busy. But when there's a break or a holiday they switch off completely. It's very black and white. In Germany you have more time throughout the day. But I don't think one is better or worse, it's just different,” he says.

READ ALSO: 'We live this life with no money but a lot of love'

However, in the style of a true musician, passionate about pursuing his creative path, he feels the Swedes could do well with boosting their drive and determination.

“If there is one thing that I miss from people it is the will and the power to do something, to get enthusiastic about a thing and to do something about it now, immediately,” he says.

But, as long as his company is growing, as long as he is getting involved in new music projects with fellow Gothenburg musicians, teaching more youngsters to fall in love with the drums, and himself falling more and more in love with Sweden, he is in for the long haul.

“My favourite thing about Sweden is that I can feel happy here. Everything, the people around me, restaurants, going outside, we have Liseberg here in Gothenburg [Sweden's biggest amusement park], concerts, everything that is part of my life. I am happy in Sweden,” finishes Tyburn. 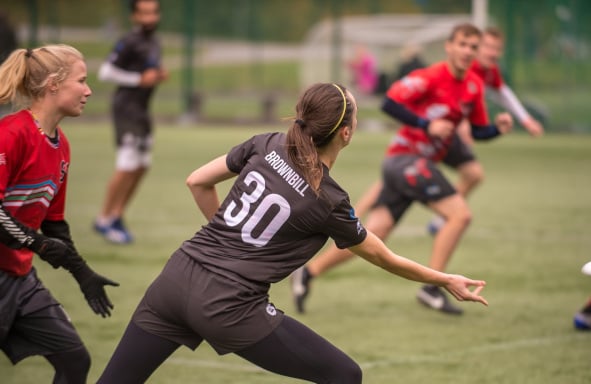