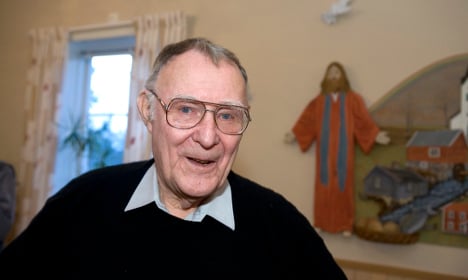 Ingvar Kamprad declared an income of 17.7 million Swedish kronor ($2 million) in 2014, with 1.2 million kronor coming from work, the newspaper said.

The 89-year-old paid around six million kronor in taxes.

In June the Bloomberg Billionaires Index listed Kamprad as the eighth wealthiest person in the world with an estimated net worth of $43.2 billion.

Originally from Almhult in southern Sweden, he decided to leave his longtime home of Switzerland for his native land after the death of his wife Margaretha in 2011.

The billionaire has yet to retire – Kamprad still serves on the supervisory board of Ingka Holding, Ikea's parent company.

Kamprad (along with Tetra Pak heir, Hans Rausing) fled Sweden in the 1970s in protest at the wealth tax in Sweden, a move which caused huge debate in the egalitarian Nordic nation.

But successive subsequent Swedish centre-right governments chipped away at the country's welfare system by trimming income taxes and abolishing the wealth tax.