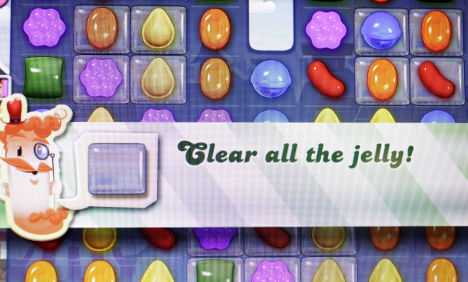 In what is set to be one of the biggest gaming deals on the planet in recent years, the Swedish company is poised to join forces with Californian gaming giant Activision.

The US firm bought Blizzard, the company behind the smash hit game World of Warcraft previously owned by Vivendi Games back in 2008. It also already owns huge titles including Guitar Hero and Call of Duty.

According to a press release, King will continue to operate as an independent unit, with its manager and co-founder Riccardo Zacconi staying on as CEO.

The boards of both Activision Blizzard and King have unanimously approved the proposed deal, which is expected to be completed in early 2016.

King already has game studios in cities including Stockholm, Malmö, London and Bucharest as well as offices in Seattle and San Fransisco in the US.

Alongside Candy Crush it has developed more than 200 titles including Farm Heroes, Pet Rescue and Bubble Witch and reported having 340 million average monthly unique users in the second quarter of 2015.

King and Activision’s management are understood to have first met three years ago. However discussions intensified earlier this year as King’s shares dipped, 12 months after the Swedish firm was listed on the New York Stock Exchange.

If the deal goes through it will make King the second Swedish gaming startup to be sold in just over a year. Last September Minecraft developers Mojang were bought up by Microsoft in a $2.5 billion agreement.