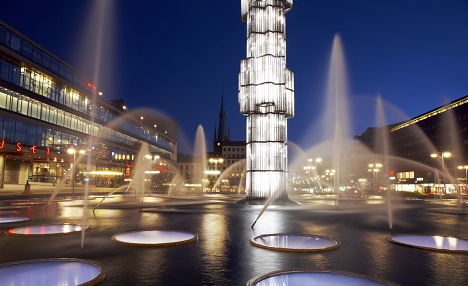 Next Tuesday leaders and change-makers from around the world will gather in central Stockholm for the Tällberg Global Leadership Prize ceremony.

The Sweden-based Tällberg Foundation, founded in the 1980s by former Volvo executive Bo Ekman, is an independent non-profit organization that aims to encourage global conversation about “issues which are critical to the evolution of our societies”.

The five finalists for the prize were chose by a high-profile jury appointed by Tällberg, and the two winners will each receive a $50,000.

“The jury looked for people who were pragmatic, principled, innovative, and who were able to take risks and ignore conventional wisdom – which is usually expressed in terms of what ‘cannot be done,’” Stoga explained.

In the past the Tällberg Foundation has awarded a leadership prize for “Principled Pragmatism”, but the new prize takes a distinctly global direction, and anyone can be nominated.

“We encouraged the nomination of leaders or institutions operating in any domain, discipline or country and at any level from the local community to national and international,” Stoga added.

“That makes this initiative truly global and reflective of the emerging reality that boundaries–between countries, cultures, organizations, ways of thinking–are melting as fast as the glaciers.”

The jurors were also selected from widely differing occupations, cultures, and countries, and tasked with sorting through the more than 200 nominations from 56 countries: religious leaders, politicians, government officials, social activists and entrepreneurs, academics, scientists, business leaders, and others who, in Stoga´s words, “defied categorization”.

“I am incredibly proud of the wide range and high quality of those nominations that we received in this first year of our new process,” Stoga said.

“Among other things, that response demonstrated that people around the world want to engage in a conversation about leadership and, probably more importantly, want better leaders.”

But why does the world need another leadership prize?

“We think our initiative can make a contribution by promoting a global conversation about and around the idea of leadership in general and extraordinary leaders in particular.”

This year's global leaders and nominees for the prize are Jamila Afghani, Founder and Program Director of the Noor Educational and Capacity Development Organization in Kabul; Antonella Battaglini, Founder and CEO of the Renewables Grid Initiative (RGI) in Berlin; Jason Glaser, Founder, President and CEO of La Isla Foundation in San Salvador; Martín von Hildebrand, Founder and General Director of Fundación Gaia Amazonas in Bogota, Colombia; and Dr. M. S. Swaminathan, Founder and Chairman of the M.S. Swaminathan Research Foundation in Chennai, India.

The celebration is open to the public and will take place at Musikaliska, Nyrbrokajen 11, in Stockholm at 6pm on November 11.

The event will also be webcast.

“The point is that we want to engage a global audience in a global conversation about the issues that define our collective future,” Stoga explained.  “As an integral part of that ambition, we will also operate in the digital world.”

In addition to the awards ceremony, the foundation will be hosting a film screening on November 10th, featuring a documentary entitled “Jihad – A Story of the Others” by Norwegian filmmaker Deeyah Khan, followed by a panel discussion.

“Deeyah's film looks at how a few European-born Muslims have been radicalized,” Stoga said. “The discussion will explore the issues raised by the film as well as the implications for Sweden and for Europe.”

Together, Tällberg's film screening and awards ceremony will keep Stockholm abuzz with views on global leadership next week in what is something of a 'rebirth' of the foundation's mission and activities. Rather than a large forumheld in the Swedish countryside, Stoga wants to see Tällberg operate and act globally, even while honouring its Swedish roots.

“We will convene and operate wherever issues take us. In the past 18 months, we have pitched our metaphorical tent in the Swedish archipelago, Switzerland, Finland, and the Unites States; in the next year, we hope to convene workshops in Mongolia, Greece and Singapore,” he said.

“I think the Tallberg Foundation has an enormous opportunity to build on three decades of experience, outreach and networking to provide a platform for thinking, talking and acting on the issues that challenge and define our world.”

Get tickets for the film screening and awards ceremony here.

This article was produced by The Local in partnership with the Tällberg Foundation.