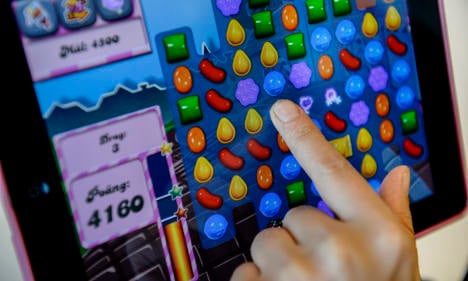 King reported net profits of $143 million for the third quarter of the year, up by $1 million on the same period in 2015.
However, overall revenue fell by around seven percent to $480 million.
The Swedish gaming firm acknowledged that its original global smash, Candy Crush, was no longer among the current best-selling games, but noted that its newer offerings such as Candy Crush Saga and Candy Crush Soda Saga had ranked within the top five grossing games in the Apple App Store and Google Play Stores in the US for the third consecutive quarter.
The company's CEO Riccardo Zacconi said in a statement that the results reflected the firm's “continued execution of our franchise strategy and the longevity of our brands”.
He said he was looking forward to the firm's next phase, following the development of Blossom Blast Saga, King's newest game, which allows players to grow buds into blossoming flowers.
Reflecting on the news that the firm is set to be bought up by US gaming giant Activation Blizzard, which owns titles including World of Warcraft, Guitar Hero and Call of Duty, Zacconi said the company was “excited” about the deal.
“We believe the transaction will position us very well for the next phase of our company's evolution and will bring clear benefits to our players and employees, while providing a return to our shareholders through the share price premium and the immediate liquidity it will provide to all shareholders upon completion.”
The boards of both Activision Blizzard and King have unanimously approved the proposed takeover, which was announced on Monday and is expected to be completed in early 2016.
King already has game studios in cities including Stockholm, Malmö, London and Bucharest as well as offices in Seattle and San Fransisco in the US.
Alongside Candy Crush it has developed more than 200 titles including Farm Heroes, Pet Rescue and Bubble Witch.
If the deal goes through it will make King the second Swedish gaming startup to be sold in just over a year. Last September Minecraft developers Mojang were bought up by Microsoft in a $2.5 billion agreement.