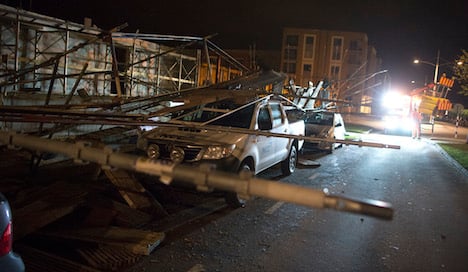 Wind speeds of 38 metres per second were measured on the Bohuslän coast. “That's hurricane level, and we have storm wind speeds in Skåne and Halland,” Sandra Andersson from the Swedish Meteorological and Hydrological Institute (SMHI) told Swedish newswire TT.

The Öresund bridge between Malmö and Copenhagen was closed because of the strong winds, but reopened at 6.30am.

Many power lines in the region were buried in the ground after devastating storm Gudrun hit Sweden ten years ago. But despite this precaution, fallen trees nonetheless caused an electricity shortfall for 4500 households on Saturday which was still affecting homes on Sunday morning.

Freja is now moving east, and a milder version of the storm is expected to sweep across Blekinge, Kalmar, Öland and Gotland during Sunday.