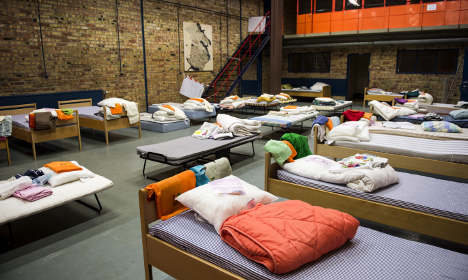 Flyers with inaccurate information about Sweden are being spread in a refugee camp on Greek island Lesbos, in an apparent effort to dissuade refugees from heading to the Nordics.

Under a “No money, no jobs, no homes” headline, a gloomy message from a group describing itself as “Sweden Democrats, SD-Women and The People of Sweden”, is meant to discourage refugees from travelling to Sweden.

The flyer claims massive immigration has caused “grenade attacks in public spaces” and “a very high number of shootings and gang related violence”. It also claims that halal slaughter and wearing Islamic veils will be forbidden – despite the fact that these policies are not backed by most political parties and have no prospect of becoming law.

“As a Swedish citizen, I do not back this”, Mohammed Mouaid, a Swede helping refugees at Lesbos, told newspaper Södermanlands Nyheter.

“This is incorrect information, and they sign it on behalf of 'the Swedish people'. I haven't signed up for this and it makes me so angry and upset to see it,” Mouaid, who works for Gränslöst Mänskligt, a Swedish project that helps refugees in Greece, also told Swedish tabloid Expressen.

The Sweden Democrats have previously announced that they plan to start a campaign to inform refugees abroad that the living conditions in Sweden are not as good as many potential asylum seekers think.

The Sweden Democrats have not yet confirmed that they created the flyer. “We will comment on this tomorrow”, Party Secretary Richard Jomshof told Swedish newswire TT on Sunday.