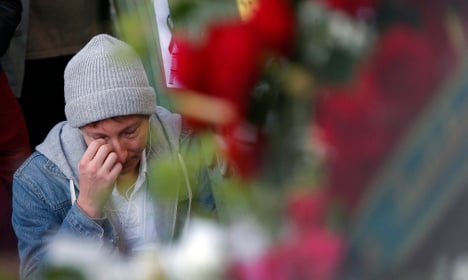 The other Swedish victim of the atrocity, a friend of the woman killed, remains in a Paris hospital, the television network said.

It reported that the injured woman is also from Västerås and in her 20s. She has been living in Paris while she attends university there.

Both women are understood to have been in a bar in Paris when the gunmen struck.

According to SVT, the injured woman called her family late on Friday night and they flew out to Paris first thing on Saturday morning.

A memorial service for her dead friend was held on Sunday at Västerås cathedral.

The attacks in Paris left 129 dead and 99 in a critical condition.

Västerås is a cathedral city with a population of just over 110,000.