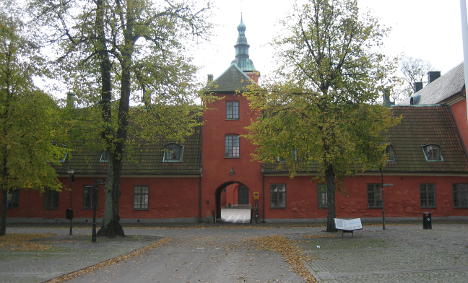 Halmstad castle, which was not damaged in the quake. Photo: Jonas Ericsson/Wikicommons

Residents in the town, south of Gothenburg, reported feeling the earthquake at around 7.15pm.

“My son called me and asked what was going on. It was only a few seconds,” she added.

Others turned to social media to describe their experiences.

Writing on the Facebook page of regional newspaper Hallands-Posten, Mats Svenäng said: “Heard a loud noise. It sounded like there was a heavy truck.”

Malin Öberg, who lives six kilometres outside of Halmstad, commented that she initially thought the vibrations were coming from her boiler or that blasts were taking place in a nearby quarry. After stepping on to her patio she said she felt a “silent rumble”.

Seismologists told Hallands-Posten that the epicentre of the earthquake was 15km east of Halmstad and that it had reached a magnitude of 2.2 or 2.3 on the Richter scale.

The scale, which measures the intensity of quakes, starts at zero, with those classified as below 4.0 rarely causing damage.

Earthquakes are rare in Sweden, although Halmstad has previous experience of the jitters. In August 2012 a slightly stronger quake was widely felt by locals, with many reporting objects smashing within their homes.

Sweden's most powerful earthquake in history was in 1904 when an area by the Koster islands, off the west coast, was hit by an earthquake measuring 5.5 on the scale.
Last year, a quake of 4.4 was measured in central Sweden.