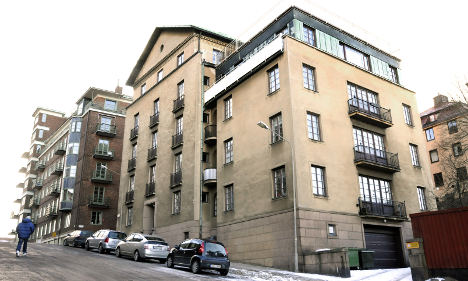 Prostitution has been part of everyday life at the centre in Södertälje, south of Stockholm, for several years, according to former residents speaking to Swedish television network SVT.

The broadcaster’s investigative programme Uppdrag granskning (UG) concluded that staff at Ersta young women’s home (Ersta flickhem) knew what was going on but did little to stop the teenagers from continuing to sell sex.

Its journalists reported that six out of the twelve former residents it had contacted admitted that they had made money from prostitution in 2013 and 2014. One said she had offered sex for 500 kronor (around $60) and a packet of cigarettes.

“The cars come and swing around to where there are one or two girls waiting. Then the cars go off down the hill,” Vailet Andersson told UG.

The centre offers trauma treatment to young women who were sexually abused as children.

All of the girls said that staff at the home knew what was going on. Some even reported confessing to workers at the centre – but said that officials had only intervened occasionally.

Police confirmed to UG that they had received 11 reports of sexual offences linked to the centre in an 18 month period.

In Sweden it is not illegal to sell sex, rather it is those caught buying it who are liable for prosecution. Under Swedish law, social services do not have the right to prevent young people from walking out of care centres, even if they suspect them to be selling sexual services or participating in criminal activities.

“We cannot stop it, we have no right to. The girl has the right to do what she wants,” the care home’s director Mary Slevin Sax told UG.

But in a later comment Stefan Nilsson, director of Ersta diakoni, the nonprofit Christian organization which runs the home, insisted that staff had “followed our procedures and contacted social services” as part of efforts to tackle the problem.

He said that the all of the girls known to have sold sex had since been discharged from the trauma centre.

Ersta flickhem was opened in 2012 by Sweden’s Queen Silvia. Ersta diakoni has around 900 employees and has been providing social care in the Stockholm area for more than 160 years.