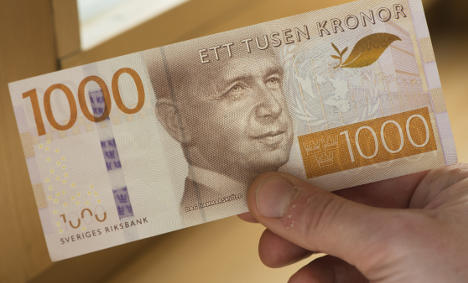 Hammarskjöld, the UN's second secretary-general, died when his plane crashed on 17th or 18th September 1961 near Ndola, in Northern Rhodesia, now known as Zambia.

A UN panel said in July that it had uncovered new information pointing to the possibility that his plane may have been attacked and suggested that answers may be found in classified documents.

Requests sent by the panel to the United States and Britain for the secret files were turned down, but UN Secretary-General Ban Ki-moon asked for the information to be released in July.

Ban's request, however, was ignored and the UN chief renewed his appeal on Wednesday.

“There is a possibility that unreleased material relating to the crash of flight SE-BDY on the night between 17th and 18th September 1961 may still be available,” Ban's spokesman Stephane Dujarric said.

“Therefore, the secretary-general again urges all member states to disclose, declassify or otherwise make available all information they may have in their possession related to the circumstances and conditions of the crash,” he said.

While no country was singled out, UN officials confirmed that Britain and the United States were rejecting requests for information on the Hammarskjöld case.

The mysterious circumstances of the crash has for years fueled conspiracy theories and the panel did ask Belgium, Britain, France, Germany, South Africa and the United States for specific information.

The 56-year-old Swedish diplomat died in the plane crash while on his way to negotiate a ceasefire for the mining-rich Katanga province in what is now the Democratic Republic of Congo, a former Belgian colony.

The UN General Assembly adopted a resolution in December last year demanding that Hammarskjöld's fate be cleared up once and for all.

Dujarric said Ban is “personally invested in fulfilling our duty to the distinguished former secretary-general and those who accompanied him, to endeavor to establish the facts after so many years.”

The General Assembly was due to present a new draft resolution on Thursday demanding more action to shed light on the former UN chief's fate.