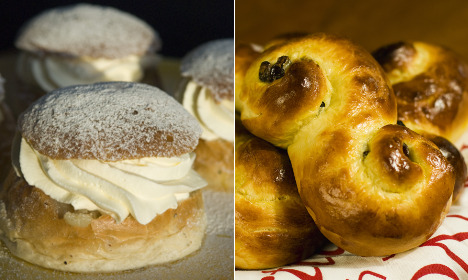 What do you get if you combine Swedish cream buns and saffron pastries? Photo: Mona Loose/Helena Wahlman/imagebank.sweden.se

As the days grow darker and the Christmas holidays draw closer, many cafes across Sweden have started serving up their annual saffron buns ('lussekatt' or 'lussebulle'), hugely popular pastries traditionally eaten around Swedish Lucia day on December 13th.

But one southern Swedish cafe inadvertently divided the country into two camps when it decided to combine the sweet treat with another beloved creation, the famous 'semla', a cream bun normally eaten in the run-up to Lent, creating… the lussesemla.

“Some of our customers think it's a fun idea, but others think classics should remain classics,” Corinne Persson, who runs Möllans Cafe in Sjöbo with her mother, told The Local after pictures of the creative pastry went viral on Friday.

“They were really tasty,” wrote one customer who had tried the 'lussesemla' on the cafe's Facebook page. “A success and I recommend that everyone try it.”

But another was more sceptical, commenting on Twitter: “Lussebulle! No darn lussesemlor,” using the tongue-in-cheek hashtag #thisiswhyjesusdied.

Swedes have a long love affair with cakes and regular 'fika' coffee breaks are a staple in most people's work and social lives.

“The semla is to many people a tradition and lussekatter are also to many a tradition. Some have said, 'awesome, it's the best of two worlds' but others think 'no, yuck, you can't do that',” said Persson.

“Personally, I think it's yummy, but the taste is like the bum [a bizarre Swedish saying explained here] and it's not everyone's cup of tea,” she added.

However, the buns appear to have gone down well with most customers. The cafe has sold around 400 since they started baking them on Wednesday. If nothing else, they have certainly managed to grab people's attention and a bit of free publicity.

“I got really surprised when it got so big. I googled and saw that other people have made them before, so it's not actually a new thing. (…) But it's fun to do something that sticks out a bit for Christmas,” laughs Persson.

She is not the first cafe owner to stir debate in Sweden. In January this year long queues ringled outside a bakery in Stockholm after it turned the semla bun into a modern wrap to eat on the go in the hectic capital. 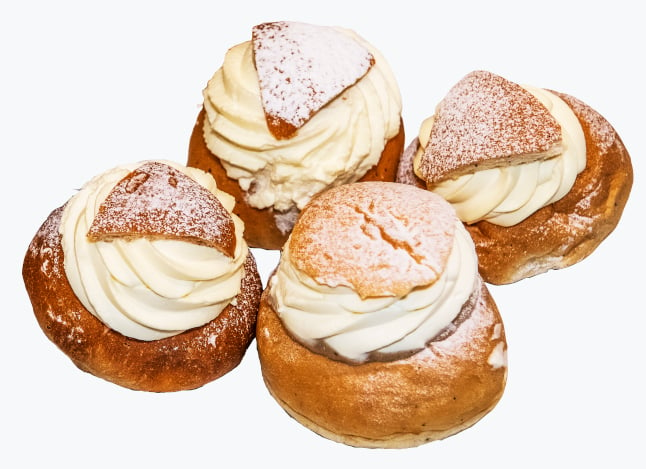