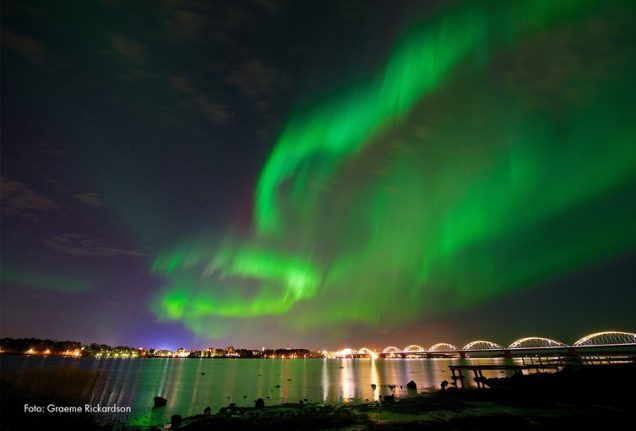 This week the Swedish Institute hosted a seminar in collaboration with Placebrander on just the topic, with the announcement of the winner of  Sweden's "Placeblander of the Year" preceded by insights from one of the world's foremost experts on the subject, Simon Anholt.

Anholt is the man behind the Nation Brands Index. He has worked with more than 50 nations and a large number of cities and regions on place branding, in addition to organization such as the UN, World Economic Forum, and International Olympic Committee. Last year he introduced the Good Country Index, an index reflecting how much various countries contribute to humanity.

Anholt  was the main speaker among many, including Swedish Institute head Annika Rembe, who gathered on Wednesday to discuss "What shapes the image of Sweden".

He noted that using branding methods drawn from the private sector in an effort to make a country ”look good” is largely pointless, saying that ”a country's reputation is not for sale”. Even hosting the Olympic Games has a limited impact on a country or city's brand, with any positive effects wearing off after about six months.

While acknowledging he inadvertently  helped spawn the "nation branding" phenomenon, Anholt said his current focus is looking less at a country's reputation and exploring in more detail whether or not a country is "good".

In Ahholt's eyes, a truly "good" country is concerned not merely with its image or serving its own citizens, but how they contribute to the world more broadly.

Head of the Swedish Institute Annika Rembe also attended and spoke about Sweden's image and goals.

"Openness is very much a part of creating an equal society and offering everyone an equal chance regardless of religion, gender, or age," she said. "We seek collaboration, co-creation, and trust to deal with the complexities of today's world."

The highlight of the evening was learning which Swedish city had been selected as the "Placebrander of the Year".

The jury consisted of Olle Wästberg, who has served as director of the Swedish Institute in the past, Charlotta Mellander, and Julian Stubbs.

The award is given to a region which has engaged in unique, meaningful, high-quality place branding, with efforts to strengthen the image of the region and generate more events, more visitors, more investments, and more people moving into the region. The nominees were judged based on creativity, uniqueness, efficacy, and more.

The region of Luleå in northern Sweden won the award, for the ”Original Luleå Story” campaign.

"We are both proud and happy to receive this prize, since it is the result of many years of work. More than anyone else it is the people of Luleå who are the true winners, since it is their pictures which we have spread in the campaign," said Anna Degerman, Business Development Director at Luleå municipality.

Luleå's multi-faceted campaign included the Austin City of Songs even, Luleå Pride, and other efforts.

The concept of "Luleå Original Story" was born in 2013, and lets the residents of the region act as ambassadors, telling their own stories. Residents were encouraged to share what Luleå meant for them, share their own stories and their own images, portraying the culture of Luleå in a personal way.

The city produced a magazine with the images and stories, available in both Swedish and English.

The other contestants included Borås, Eskilstuna, Höga Kusten and Örebro.

Street art was the focus of the branding in Borås, with outdoor adventure putting Höga Kusten in the spotlight. Örebro also focused on its residents and Eskilstuna's campaign focused on "Evolution". What do you think – does the way a city, or an entire country, is marketed affect your perception of it? Do you think "place branding" is worthwhile? Is it something your country does – and if so, how?

If you could tell the story of your own country or city, how would you do it? And your new city in Sweden – what would you like to tell the world about it?

Share your comments below or email your thoughts to [email protected]