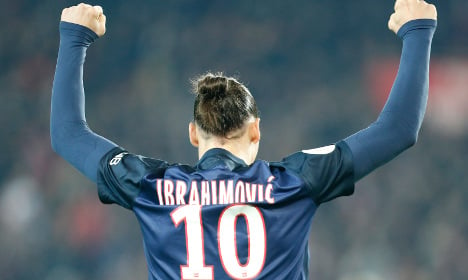 Extra security staff have been asked stand guard outside the homes of some of Paris Saint-Germain's most famous footballers after last week's terror attacks in the city, reported French sports news site l'Equipe on Friday. The sports stars are understood to include Zlatan Ibrahimovic, David Luiz and Thiago Silva.

According to Swedish football site Fotbollskanalen, it was the Swedish forward himself who requested the increased protection for himself and his family.

Meanwhile, police and organizers were deciding whether or not to up security ahead of PSG's Champions League clash with Malmö FF in southern Sweden on Wednesday.

However, it remained unclear on Friday what measures, if any, would be taken.

“For now, I urge everyone who's thinking about it not to get worked up. Our ambition is to make sure the match takes place the way it was intented,” police press spokesperson Ewa-Gun Westford told regional newspaper Sydsvenskan.

She added that police were keeping a close eye on developments ahead of the match, as excited fans prepared to welcome Ibrahimovic on his return to his home town of Malmö.

“Two things. The most important is the raised terror threat level in Sweden. The second is Zlatan. (…) Zlatan returns home and many people will want to get close,” said Westford.

The footballer himself said he was looking forward to the match, for which he is personally funding a big screen TV for the main square on which ticketless fans will be able to watch the historic game.

“Wherever I come, I represent Malmö. Who I have become is thanks to Malmö. I feel like a real Malmö boy. I move in a Malmö way. I talk in a Malmö way. Everything is Malmö to me,” he said in an interview with Malmö FF, his first professional club.