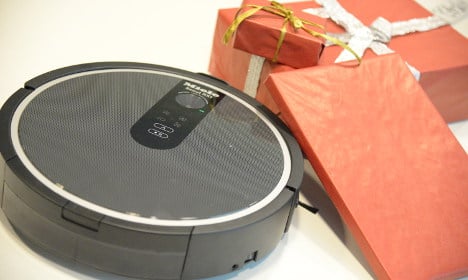 The Christmas gift of the year, annually named by Swedish retail organization HUI Research, meets two demands the modern Swede tends to have, said the group: it is hi-tech for the gadget loving consumers and it helps people maintain the famous Scandinavian work-life balance.

“When time is scarce, many consumers demand smart tools that can facilitate their everyday life,” said HUI Research in a statement at a press conference on Tuesday morning.

Sweden's Christmas gift of the year ('årets julklapp') must be trendy, a hot seller, and represent the times in which we live, according to the institute.

“There has long been talk of the smart home, and now we are really able to say that we are there. Innovative technology pushes the robotization of society,” said HUI Research.

Last year the Swedish active lifestyle ensured the workout bracelet claimed the top spot, and in 2013 the juice extractor helped keep the Scandinavians healthy and full of vitamins during the holiday season. And in 2012 headphones came top of the list, due to the rise of smartphones.

IN PICTURES: Swedish Christmas gifts past and present

2015 marks the 28th consecutive year that the institute has published its prediction for the gift most likely to be snapped up from the shelves by keen shoppers in the run-up to Christmas.

The tradition began back in 1988 when the baking machine was nominated. Previous winners also include a cookbook, perfume, mobile phone, acupressure mat and an electronic pet.