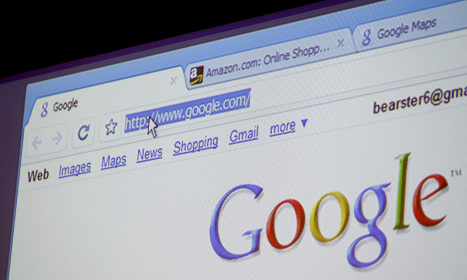 In a May 2014 ruling, the Court of Justice of the European Union found that individuals have the right to ask search engines such as Google to remove certain results about them.

The court decided that search engines must assess each individual’s request for removal and that they can only continue to display certain results where there is a public interest in doing so.

It opened the door for Google users to ask the company to remove URLs from the tech giant’s search engine, meaning people could be ‘‘forgotten.’’

According to the ruling, the tech giant must remove links that are ‘‘irrelevant’’ and ‘‘outdated’’ when searching for a specific name.

Google set up an online form that people in Europe can fill out to ask for information to be excluded from search results.

A total of 9,687 requests have been made from Sweden. Of those, Google has decided to remove 59.1 per cent, or 18,754 URLs, according to data released on Wednesday.

Of the Scandinavian countries, Sweden, as expected with its much higher population, has requested by far the most links to be removed. By comparison, Finland has made 4,815 requests, Norway 3,777 and Denmark 3,460.

France was the country with the top number of requests, accounting for 73,399 applications aimed at nearly a quarter of a million URLs, followed by Germany with 60,198 requests concerning 220,589 URLs.

Similar processes have been put in place to ask to be forgotten by Microsoft's Bing search engine that also powers queries at Yahoo.

It is the Internet companies themselves who get to decide which requests to grant.

“We may decline to delist if we determined that the page contains information which is strongly in the public interest,” Google said in an online post.