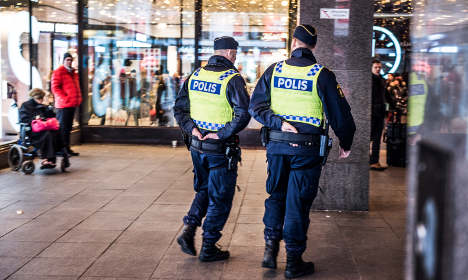 A total of 21,748 people had been given deportation orders by the Migration Agency at the end of October – the largest number in history, the Aftonbladet tabloid reported on Friday.

Of those, 14,140 are registered by police as 'departed' or 'wanted'. Some are believed to still be at unknown locations in Sweden while others are thought to have left the country.

“We simply don't know where they are,” Patrik Engström, head of the national border police, told the newspaper.

The rest of the individuals either remain in refugee centres, are in custody, or are living in separate accommodation which they have arranged themselves, awaiting deportation.

The government has previously announced it wants to step up efforts to ensure people without legal right to stay in Sweden exit the country. But police say most of its resources are currently devoted to carrying out ID checks after Sweden stepped up border controls.

“It's a huge task and it is completely dependent on the police being allocated resources,” said Engström.

The Local reported in May that an increasing proportion of refugees due to be deported from Sweden were instead disappearing.

Last year the proportion of those leaving the country voluntarily after an expulsion order was 41 percent. Some of the remaining numbers were forcibly deported, but in most cases the refugees went underground.

The Migration Agency said at the time that the vast majority of the “disappeared” were Dublin Regulation cases.

Under the Dublin Regulation, refugees should be deported back to the first EU country they entered, often Italy or Greece, which have the worst welfare provision. But if refugees can delay their re-applications by 18 months, they may be able to stay in Sweden, hence the motivation to go underground.

It is often difficult to deport refugees directly to their home countries, which in many cases refuse to accept them.