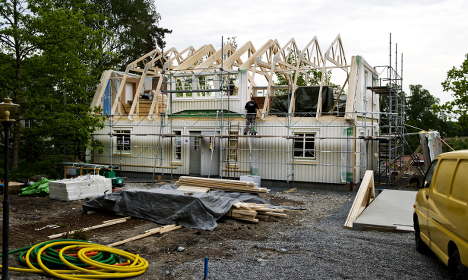 Sweden's gross domestic product (GDP) grew by 3.9 percent in the third quarter compared with the same period last year. It has also risen 0.8 perent on the second quarter of 2015.

This was much stronger performance than most economists had expected, according to a poll by news agency, Reuters.

“They are strong numbers from a historical perspective. The average growth in Sweden over the past 20 years is about 2.5 percent,” Nordea Bank's chief economist Annika Winsth, told Swedish news agency, TT.

“It’s a real show of strength from the Swedish economy.”

Household consumption drove much of the growth with increased spending on cars and holidays. But there were also positive contributions from exports and housebuilding.

The weaker-than-normal Swedish krona has strengthened the export industry, which has also benefited from a stronger European market.

“House construction has really taken off,” Holmgren said. “The number of housing starts in the third quarter was at its highest level since the early 1990s.”

“Demand for housing indicates that this boom will continue through 2016 and 2017.”

The large numbers of asylum-seekers in the country are also expected to contribute to growth in the future, firstly through increased public consumption and later through personal spending, once they enter the jobs market.

The figures back up a report from Nordea earlier this month, in which the bank suggested Sweden's economy was not likely to be damaged in the wake of the influx of new arrivals and could even receive a boost.

The strong figures pile pressure on the Swedish Central Bank’s (the Riksbank) Governor Stefan Ingves not to cut interest rates again in December.

“The figures suggest the Riksbank should not act,” says Nordea's Winsth.