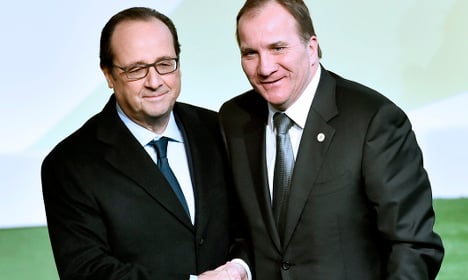 Sweden’s prime minister is taking part in a whirlwind first day of debates in the French capital, aimed at forging an elusive agreement to stave off calamitous global warming.

“This is one of the most important meetings we will ever have,” he said at a press conference in Paris in which he pledged to continue his country's track record of investing in renewable energy.

“Sweden has been working for this for decades and I am proud to lead a government that gives priority to the climate issue,” he added.

Sweden's representatives at the talks were earlier greeted by the French President Francois Hollande and UN Secretary General Ban Ki-moon at the launch of the heavily guarded climate summit on Monday morning, which is taking place just weeks after the terror attack on the city which left more than 130 people dead.

The summit kicks off nearly a fortnight of discussions intended to end two decades of international bickering about how to tackle global warming. The target is a pact that would limit emissions of the greenhouse gases blamed for climate change.

Some 150 world leaders, including those from China, India, Russia and the US are in Paris for the talks in a venue bristling with security and protected by some 2,800 police and troops. Sweden’s Social Democrat-Green coalition says it hopes to lead by example as it pushes for global change.

The Nordic country recently launched an initiative called Fossil-Free Sweden as it attempts to become one of the world’s first fossil-free nations by 2030. It is asking Swedish companies, municipalities and cities to highlight their climate change efforts and challenging those in other countries to do the same.

“Climate change is upon us. It is serious and it affects everyone – those of us living now and future generations. It is the critical issue of our time,” wrote Sweden's Prime Minister Stefan Löfven and Deputy Prime Minister and co-leader of the Green Party, Åsa Romson in a statement released ahead of the summit.

“Sweden is accelerating the pace of its climate change adaptation because it is essential for the future of the planet and because it enhances our own competitiveness and quality of life (…) Emissions will be reduced at the rate necessary for globally sustainable development. Sweden will have a fossil-free vehicle fleet and is investing to achieve our goal of 100 per cent renewable energy,” the statement continued.

Sweden’s King Carl XVI Gustaf, who has a reputation for supporting environmental issues, is also present at the talks. He grabbed global headlines earlier this month for joking that bath tubs should be banned to save water.

“We have a royal family that is very involved in climate policy and it means a lot,” Stefan Löfven told a reporter at his press conference who questioned whether or not the king should be present at a political event. The United Nations has hosted annual summits to tackle the vexed global warming issue since 1995, but all previous efforts have foundered, primarily due to deep divisions between rich and poor nations.

Many poor nations insist rich countries bear the most responsibility for tackling the problem, because they have burnt the most fossil fuels since the Industrial Revolution on their way to prosperity.

But the United States and other developed nations insist more must be done by China, India and other emerging countries, which are burning increasing amounts of coal to power their fast-growing economies.

Potential stumbling blocks in Paris range from finance for climate-vulnerable and poor countries, to scrutiny of commitments to curb greenhouse gases and even the legal status of the accord.

Still, important progress has been made ahead of the meeting. One of the key successes has been a process in which 183 nations have submitted voluntary action plans on how they would tackle global warming.

UN climate chief Christiana Figueres said these provide the architecture for more ambitious efforts that could eventually limit global warming to less than two degrees Celsius (3.6 degrees Fahrenheit) from pre-Industrial Revolution levels. Two degrees Celsius is the threshold at which scientists say the worst impacts of global warming will be inevitable.

Ahead of Monday's talks, the US and France said they expected some 20 countries would pledge to double their investments in clean energy. 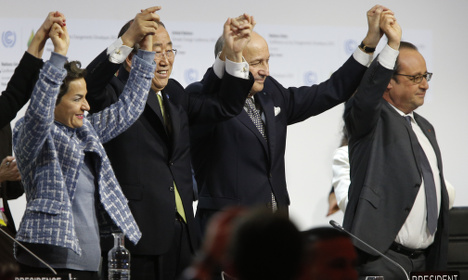 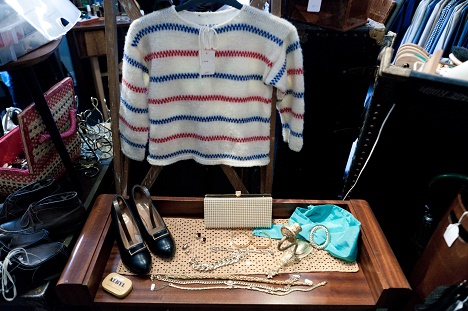 CLIMATE
The climate and your clothes: How to be more sustainable
Url copied to clipboard!