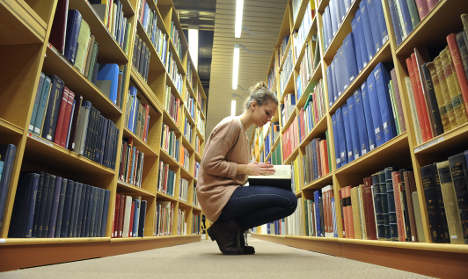 Analysts looked at five categories to arrive at an overall score for each of the 75 cities in the table: university rankings, student population and diversity, desirability and safety, availability of jobs after graduation, and affordability.

The Swedish capital has two universities in the global top 200, Stockholm University and the KTH Royal Institute of Technology, and scored especially highly on other measures such as safety, transparency and low pollution levels.

The city's “beauty, friendliness, culture, high quality of life” were also praised, while researchers noted that the “buzzing nightlife, bohemian shops and cafés” were popular with students.

However the Swedish capital was beaten by five other European cities including Paris, Zurich and Edinburgh and came 24th overall in the global rankings.

Stockholm's failure to move any further up the table was linked to factors including the relatively small size of the city's student population and the high cost of living compared to many other student cities.

The cost of a Big Mac in Stockholm is the equivalent of $5.13 compared to $4.51 in London, which came top of the table, followed by Paris and Seoul.

Sweden's universities are showing an increased in competitiveness on the international stage.

In an separate report released by QS in April, Stockholm’s Karolinska Institute was ranked the best place to study dentistry in the world, while the University of Gothenburg also scored highly for science-based subjects and the Swedish University of Agricultural Sciences reached tenth place for its specialization, agriculture and forestry.