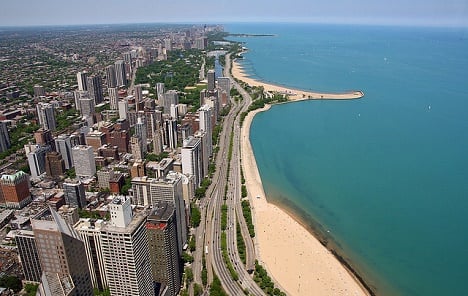 Connections between Sweden and the US have never been better. Arlanda Airport was selected last year for US preclearance, and flight prices keep going down even as airlines like SAS open brand new routes direct from Stockholm to the US. Why shouldn’t you take advantage of it?

And thanks to upgraded cabins, extra points for travellers, and special deals on loyalty cards, there’s no better time to fly SAS.

So here they are – four fabulous US destinations straight from Stockholm, and an extra three from nearby Copenhagen and Oslo. Straight from frigid Stockholm to sunny LA? It’s a dream that’s about to become reality. Starting on March 14, 2016 (when Stockholm is typically still buried under a half metre of slush), SAS will be flying directly from Arlanda to LAX.

During the summer there will be daily departures, and the 11-hour flight includes free meals and entertainment and SAS’s unbeatable onboard customer service. That means you’ll be relaxed and ready to hit the beach as soon as you arrive. Culture vulture? Perhaps the Windy City is the place for you. SAS already flies directly from Stockholm five or six days a week, and the city is a classic and enthralling metropolitan hub any time of year.

Boasting Millennium Park, the Magnificent Mile, and Michigan Avenue, Chicago is a delightful destination for the urban art-lover and seasoned shopper alike. And don’t forget, when you shop with a SAS EuroBonus American Express Card you'll also earn extra points on everything you buy – now that’s a deal.

Of course, no list of American Getaways would be complete without the unspoken cultural capital, New York, New York.

Hop on one of the many SAS flights from Stockholm, and in just eight hours you can be taking it all in – perhaps listening to the New York Philharmonic Symphony, enjoying the view from the Empire State Building, or strolling through Times Square.

Remember that your SAS EuroBonus American Express Card also gets you exclusive offers on concerts and events, so hitting up Broadway doesn’t have to break the bank. Sometimes called the most ‘European’ city in the US, Washington, D.C. is a great getaway destination. Even if politics isn’t your thing, there’s something for everyone in the US capital city. The compact city is full of hidden gems – like the International Spy Museum, a technicolour church, and a musical pond.

Of course, the numerous memorials and museums are also worth a visit, as your history buff friends will tell you. Why not go together? If you have a SAS EuroBonus American Express Card – whether Classic, Premium, or Elite – you can get extra points and travel 2 for 1.

One of the great things about Stockholm is it’s so close to other Scandinavian hubs – giving you even greater access to direct flights across the Atlantic. Don’t mind a Scandinavian transfer? Here are your best options. You'll have to make the short trip to Oslo or Copenhagen first for this one – but it's worth it for Miami, right? Starting in autumn 2016, SAS can fly you straight to the Magic City seven days a week.

Whether you're “bouncin’ in the club” or “bringin’ the heat” on the beach, there’s no denying Miami is where it’s at. The Sunshine State has become one of the most popular US destinations for Swedes lately, and it's no wonder. Want to visit the Paris of the West? Baghdad by the Bay? Silicon Valley? All of the above? Luckily, they're all the same – and SAS is flying directly from Copenhagen to San Francisco. Go forth and see the Golden Gate! Ah, beautiful Boston. The Red Sox, Museum of Science, and the clam chowder of kings. With daily flights from Copenhagen starting in March 2016, you can feel free to hit up Freedom Trail or Fenway Park as much as you like.

This article was produced by The Local in partnership with American Express.