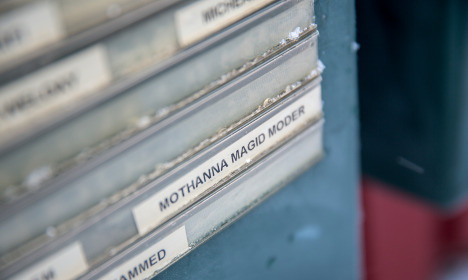 A man wrongly accused of being a terrorist is throwing a party for everyone in Sweden. Photo: Cliff Karlsson/TT

Moder Mothanna Magid was freed without charge and cleared of all suspicions related to terrorism last month, three days after the Säpo security police arrested him in a raid on the asylum accommodation where he had been staying in Boliden, northern Sweden.

The 22-year-old, who later told Swedish media he had no hard feelings towards the police following his arrest, is now set to throw a nationwide party on Friday evening in an effort to extend a hand of friendship between new arrivals in the Nordic country and resident Swedes.

“Moder lives in Boliden and if you are unable to get there by Friday he encourages you to party with him wherever you are in Sweden. In your own living room if you like. We who party with Moder choose to do so for all who have lived here for some time and for those who just recently have made Sweden their home,” read an invitation posted on Facebook.

Hello everyone today the party in this address Storgatan 51, 936 31 Boliden at 7:00 pm well come everyone

The event is being organized with the help of Swedish academic Johan Gärdebo, who told The Local on Friday how he convinced Magid to extend the festivities to Facebook and the rest of Sweden.

“I read an article in Östersundsposten (a regional newspaper) where he said he wanted to throw a party in Boliden. I thought that I would like to party with him, but I live in Knivsta (just north of Stockholm) and it's a bit far to travel,” said Gärdebo, who contacted Magid and explained his idea of making it a nationwide event.

Everyone who is not able to join the party in Boliden, some 700 kilometres north of Stockholm, is instead urged to invite old friends, new acquaintances and strangers to their own homes to cook together.

“The ideal scenario would be getting to know new people. A lot of Swedes are curious about the new people arriving here, and they are just as curious about Sweden. This is a way of giving them that courage to seek each other out,” said Gärdebo, who is throwing his own 'Moder party' at his Knivsta apartment.

Magid's name and picture were published by newspapers and broadcasters across Sweden in November after police launched a massive manhunt for a “suspected terrorist”, raising the national terror threat level to 'high'.

However, after he was arrested and then quickly released, the 22-year-old said he was not angry for being wrongly accused by authorities.

“They did their job. Anyone at all could become a suspect. I was well taken care of and then they also understood that I was not suspected of anything,” he told Expressen at the time.

Magid was offered help by Säpo to relocate to a different location in Sweden to avoid the publicity, but declined, saying he wanted to return to his friends in Boliden.