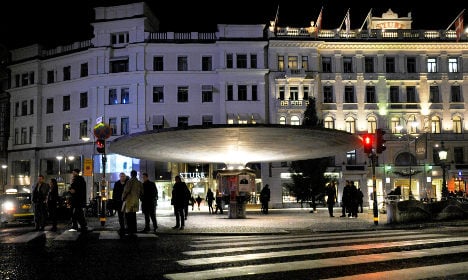 The incident saw a man fire gunshots at the front door of Sturecompagniet – a posh nightclub in the Swedish capital's busy Stureplan square.

Police were called to the club at 2.52am and cordoned off the area for a forensic examination.

Witnesses told Swedish tabloid Aftonbladet that a man dressed in dark clothes had arrived on the scene in a dark car. He was then said to have got out of the vehicle outside Sturecompagniet where he fired two shots at the door.

“It was obvious that the person had a pistol. Not a very large weapon, but a pistol,” said one witness.

Afterwards the man got back in the vehicle and left the scene.

“There was at least one more person in the car. They sped off very quickly,” said another witness.

Police said a few people were believed to have been at the venue at the time but that no one was injured. There was no apparent motive behind the incident.

“Nobody has been arrested and we don't have any suspects either,” said police control room officer Albin Näverberg just after 7am.