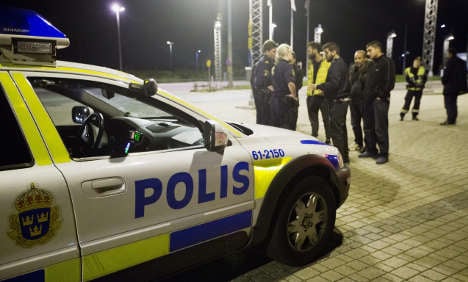 Sweden's centre-left government first announced last week that it wanted to introduce regular ID checks on buses, trains and ferries to cope with record numbers of people travelling to the region to claim asylum. On Wednesday it confirmed that they would be introduced during the first week of 2016.

“The coming spring cannot be like this autumn. We have to reduce the number of asylum seekers. These ID checks are one way of achieving that,” said Morgan Johansson at a press conference on Wednesday.

The plans have been criticized by public transport operators warning of travel chaos in the busy commuter region as well as Sweden's Council on Legislation (Lagrådet), which advises on the legality of government bills and likened the proposed rules to “state of emergency laws”.

And several members of the Green Party – the junior partners of the ruling Social Democrat coalition – said they were going to vote against the proposal in parliament, despite a controversial clause enabling the total closure of the Öresund Bridge being dropped from the plans.

The proposals, which are nonetheless expected to be approved by parliament, apply to public transport and ferries crossing into the Nordic country, but are likely to have the most effect on trains from Copenhagen to Malmö, which are used by tens of thousands of commuters every day.

“It will be more difficult and it will affect the frequency (of trains) but that should always be weighed against: what is the alternative if we do not act?” said Johansson.

He said the controls would take place on the Danish side of the border and that the government had been informed.

“They understand as well that this is going to cause problems on the Danish side.”

The new rules were initially set to come into effect on December 21st, in the busy run-up to Christmas. However, Johansson said more time was needed to work with transport companies responsible for the checks. Swedish train operator SJ last week described the proposal as likely to have a “heavy impact” on both staff and passengers, describing the demands as “unreasonable”.

Meanwhile public transport operator Skånetrafiken warned that mandatory ID checks could cause delays of up to an hour.