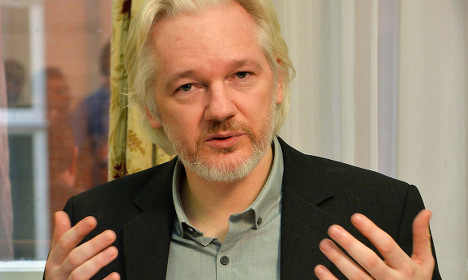 “This is essentially a deal on legal assistance on a criminal matter, and when it is finalised later this week it will open the door for the Swedish state prosecutor to question Mr. Assange,” Swedish Justice Ministry official Cecilia Riddselius told news agency AFP.

Riddselius stressed the agreement was not specifically linked to the Assange case. She described it as a deal that will allow authorities in the respective countries to help each other.

“The agreement is, with no doubts, an instrument that strengthens bilateral relations and will facilitate, for example, the fulfillment of judicial matters such as the questioning of Mr. Assange, who is granted asylum in the embassy of Ecuador in London,” said a statement from Ecuador's foreign ministry.

Ecuador had demanded that such an agreement be in place before it would let Swedish prosecutors interview Assange, who has been holed up at Ecuador's embassy in London since 2012.

TIMELINE: The twists and turns of the Julian Assange case

The 44-year-old Australian fears that if he leaves the embassy he could eventually face extradition to the United States and a trial over the leaking of hundreds of thousands of classified military and diplomatic documents in 2010.

Swedish prosecutors offered in March to question Assange in London, dropping their previous demand that he come to Sweden to answer to the 2010 allegations.

But Quito refused to allow such a meeting until a bilateral judicial agreement was in place.

They still want to question him about a rape allegation which carries a 10-year statute of limitations that only expires in 2020.

Assange denies the allegations and insists the sexual encounters were consensual.

Swedish officials said in August that they hoped to reach a judicial cooperation deal with Ecuador by year's end that would pave the way for prosecutors to question Assange.