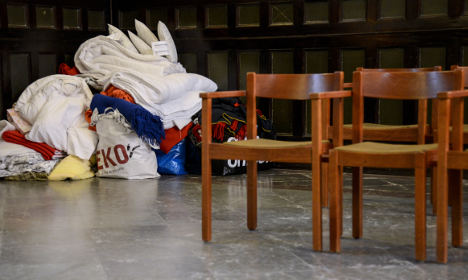 Despite making perilous and expensive journeys from the Middle East to the Nordics, hundreds of people who earlier sought asylum in Sweden are now attempting to return home, according to an investigation by Swedish broadcaster SVT.

The network has seen figures which suggest that an average of 300 people a month withdrew their applications throughout this year, with this figure more than doubling to 627 in November. The reduction coincided with the government introducing tougher border checks and turning back on its promise to offer permanent residency to all Syrian refugees granted asylum.

Figures seen by the public broadcaster also reveal that during the first ten days of December, 239 people withdrew their asylum applications.

SVT suggests that many of the applicants were men who travelled to Sweden without their families and were now less confident that their relatives would be able to join them in future due to the stricter reunification rules being introduced in 2016.

According to the broadcaster, some of the refugees who lack documentation may be able to leave Sweden without informing the Swedish Migration Agency. Iraqi citizens are able to secure new passports via their agency and fly elsewhere.

“I do not like to go back. I have risked my life for the future of my children. I do not want them to have the same life that we have had with war, killings and failed governments,” Omar Ali, one Iraqi man, told SVT.

There has also been a nationwide dip in the number of refugees claiming asylum in recent weeks, following tighter border checks and a government announcement that it would cut the number of residency permits made available.