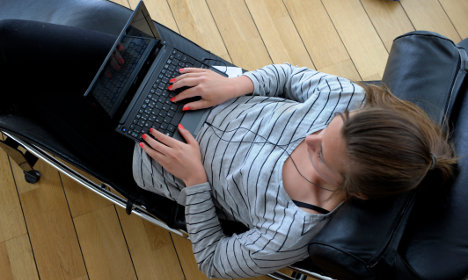 Swedes were interested in stories ranging from gruesome murders and hardcore political news, to downright silly stories about food, according to Google's statistics of the top-10 searches to come out of Sweden on topics such as films, celebrities and selfies.

The search engine giant also ranked the top searches beginning with the words How and What.

But the latter threw some doubts on the Swedes' reputation as a tech-savvy bunch, with queries such as “What do emojis mean?” and “What does 'swipe' mean?” both on the list, topped by “What has happened in Paris?” following the November terror attacks.

However, the Swedes did reveal themselves to have a secret gaming addiction with Agario – a massively popular multiplayer game where you play a single-cell life form in a giant petridish – being the second-most searched-for term on Google in 2015.

The game, released by Brazilian developer Matheus Valadares in April, has become one of the surprise online hits of the year.

Swedish foodies also searched for the popular semmelwrap, which made headlines in February for adapting a traditional Swedish pastry to Stockholmers' hectic lifestyle. Trendy chia pudding and an infamous volcano pizza with extra (and we mean extra) everything came in a close second and third.

“It's very fun. I like viral trends, so it's fun that it tops the list,” Mattias Ljungberg, the baker behind the semmelwrap creation, told the TT news wire.

The murder of Swedish teenager Lisa Holm gripped the nation in summer and she topped the list of most searched-for people as well as the overall list.