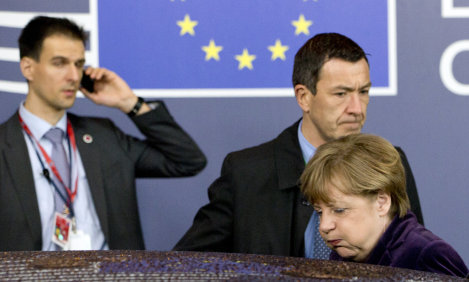 Leaders from the EU's 28 member states met to try to agree on action to cope with the ongoing refugee crisis, amid deep divisions between different countries.

Ahead of the summit, the European Commission proposed that Sweden – which has already taken in more refugees per capita than any other EU nation this year – could be granted a one-year suspension from the member states' refugee redistribution quotas “in view of the unique strain on its capacities created by the sharp increase in applications for international protection”, if other countries in the bloc were happy with the idea.

On Thursday, EU leaders agreed to “consider” the request.

“It is a success,” Swedish Prime Minister Stefan Löfven told reporters after the meeting ended, but added that he did not want to count his chickens before they're hatched, “for the simple reason that we haven't seen a concrete proposal yet from the European Commission”.

Sweden previously agreed to take around 5,800 people as part of the EU's scheme to divide 160,000 asylum seekers arriving in Italy and Greece between member states, but later expressed concerns that it was struggling to provide enough accommodation for new arrivals.

Only 180 people have so far been relocated via the EU's project, which kicked off with 19 Eritrean refugees being taken to northern Sweden earlier this year.

While Sweden has a long track record of taking in a larger share of refugees than other member states, there has been a nationwide dip in the number of people claiming asylum in recent weeks, following tighter border checks and a government announcement that it would cut the number of residency permits made available.

The meeting in Brussels was the fifth in a row to focus on immigration but failed to result in any other firm decisions linked to the refugee crisis.

The European Commission also suggested creating an EU-wide border and coast guard service, but while the leaders of several major countries – including France and Germany – backed the plan, others expressed concerns that the move would limit the sovereignty of individual member states. Leaders agreed to revisit the idea in 2016.