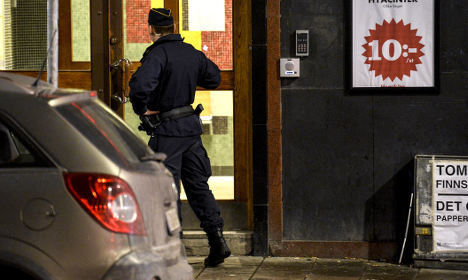 When the police arrived at the scene they found a badly-injured man in his 30s. Photo: Johan Nilsson / TT

Police were called when a row erupted outside a McDonald’s in the busy, trendy Södermalm district of Stockholm on Wednesday morning.

When the police arrived they found a badly-injured man in his 30s.

“He was taken to the Karolinska Hospital in Solna, where he died,” said police spokesman Daniel Hacksell later.

Police arrested the suspected perpetrator, a 27-year-old man, near the scene of the crime.

According to Swedish newspaper, Aftonbladet, the suspect has a history of several violent crimes, and has previously served jail time for crimes including aggravated assault.