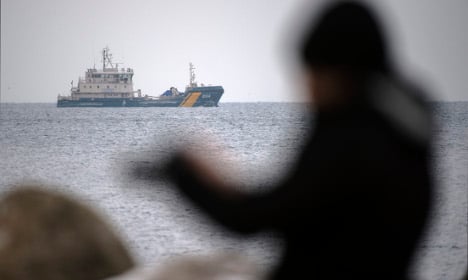 Germany is turning back a growing number of migrants at its border with Austria, Austrian authorities said Monday, in an apparent reaction to Sweden and Denmark tightening frontier controls.

“The daily number of migrants being turned back has risen from 60 in December to 200 since the start of the year,” David Furtner, police spokesman in Upper Austria state, told the AFP news agency.

Last week, Sweden, a favoured destination for many of the migrants, sought to stem the flow by imposing controls on travellers from Denmark.

Denmark in turn introduced spot checks on arrivals from Germany, explaining that its actions were a direct response to the new approach being followed by its Nordic neighbour.

Further said those being sent back from Germany were migrants — mostly Afghans as well as Moroccans and Algerians — who did not want to apply for asylum in Germany but in other countries, notably Scandinavia.

Austria is a major transit country for the hundreds of thousands of migrants and refugees seeking to enter the European Union, mostly via Upper Austria state at a rate currently of 1,000-2,000 per day.

Austria meanwhile has moved to tighten controls on its border with Slovenia, with Carinthia, one of two Austrian states bordering Slovenia, turning back 1,652 since January 1st, according to police.

Austrian Chancellor Werner Faymann said Monday that Vienna was looking into the legality of turning away “economic migrants” — as opposed to bona fide refugees — at its borders.

“What is certain is that soon we are going to become more active at our borders,” Faymann said in an interview with the Kronen-Zeitung daily to be published on Tuesday.

Police spokesman Furtner said that almost all those turned back by Germany simply try again to enter the country, with most succeeding via other routes.

Refugee support groups in Sweden have expressed fears of human trafficking and dangerous clandestine crossings across the Baltic as a result of Sweden's ID checks, while on Monday it was reported that five asylum seekers stopped while apparently attempting to cross the Öresund bridge on foot may have been trying to avoid the new controls.

Sweden introduced its checks after running out of accommodation for asylum seekrs, having recently taken in more per capita than any other EU nation. Meanwhile, Denmark has a track record for adopting some of the toughest immigration policies in Europe.