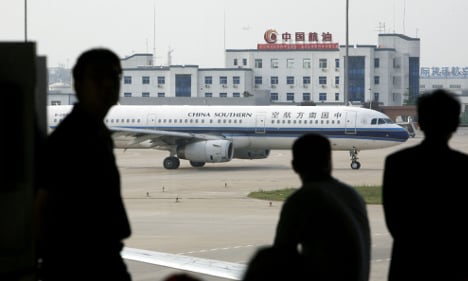 File photo of Beijing airport, where Dahlin was heading when he disappeared. Photo: AP/Greg Baker/TT

Peter Dahlin was detained last week on the way to Beijing's international airport on suspicion of endangering state security, the Chinese Urgent Action Working Group said in a statement sent to the AFP news agency.

His girlfriend, a Chinese national, is also missing, it added.

“Despite constant requests by the Swedish Embassy, the Chinese authorities have denied direct contact with Peter and have not provided any communications from Peter to the embassy,” the statement said.

“Peter suffers from Addison's Disease, a rare defect of the adrenal gland, which is potentially life threatening unless properly medicated daily.”

The group cited Chinese authorities as saying Dahlin was detained on January 4th on suspicion of endangering state security.

Sweden's embassy in Beijing did not immediately respond to a request for comment on the issue of access.

In an email Tuesday the embassy said that “a Swedish citizen, man in his mid-thirties, has been detained in China,” adding it was “investigating”.

It has also drafted a new law that would put overseas non-governmental organisations under close supervision by Chinese police while operating in the country.

China also introduced a new “national security” law in July that was criticised by rights groups for the vague wording of its references to “security”, which raised fears it could give police wide-ranging discretionary powers over civil society.