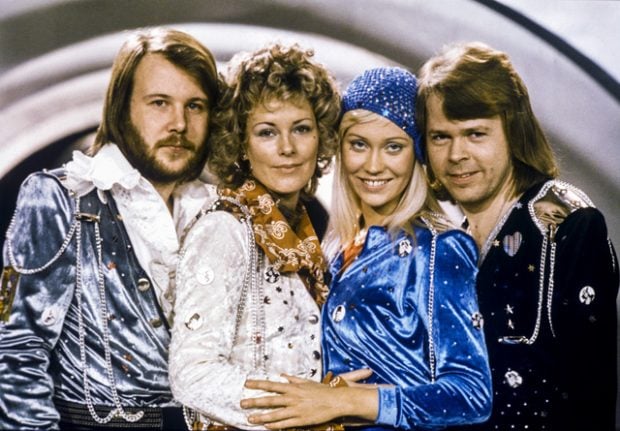 Stockholm's newest Abba attraction opened its doors to the public with a huge gala premiere on Wednesday. Inspired by the Mamma Mia! hit musical and movie, it recreates that universe with a Greek taverna on Djurgården island. Guests are treated to Mediterranean food and an interactive stage show – but the 1,340-kronor ($157) tickets are quickly selling out. The songs are sung in English and the dialogue is in Swedish (but they're working on an English version for the summer tourism season).


The Mamma Mia actors showing off their moves at a press day. Photo: Marcus Ericsson/TT

Here you can spend a day singing in a mocked-up Polar Studio, meeting Abba holograms and dancing alongside the Swedish heroes on stage. You can also sneak a peek at plenty of Abba's spectacular and eccentric stage constumes from the 1970s and 1980s. Located on Djurgården island, right next door to Mamma Mia! The Party, it is open from 10am-8pm Wednesday to Thursday and 10am-6pm the rest of the week. Children aged 7-15 pay 65 kronor to get in, adults 195 kronor.

Part-owned by former Abba-frontman Benny Andersson, this boutique hotel in the Mariatorget square in central Stockholm has a modern, brightly coloured art-deco interior and attracts a young, cultured crowd. Cocktails here cost some money, money, money, but they are the stars of the show alongside guest DJs at weekends. There's a theatre on site too, so check for performance times if you want to avoid queuing for your margarita.

The summer cottage where Benny Andersson and Björn Ulvaeus composed hits such as Dancing Queen and Fernando is situated on Viggsö island in Stockholm's gorgeous archipelago. The property is no longer owned by Ulvaeus and is not open to the public, but the island is accessible even in winter. The ferry from Vaxholm (which is connected to central Stockholm by bus or ferry) takes around one hour and costs 60 kronor.

5. Go on your own Abba tour

Abba walks and even cruises are organized around Stockholm in summer, but you can make your own tour in winter using only your feet and a map. Walk past what used to be the Polar Music Studios on St Eriksgatan 58 where Abba recorded three of their best-selling albums, stroll past Baggensgatan 21 in Gamla Stan where Frida and Benny lived back in 1975 and pay your respects to legendary Abba manager Stikkan Andersson who rests at the Galärvarv cemetery on Djurgården island. Tickets are free.