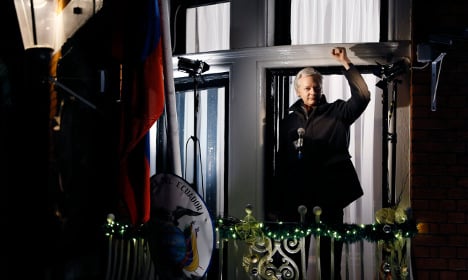 Rafael Correa did not give a date for the interrogation over a 2010 rape allegation in Sweden, which Assange denies, but said it would happen “very soon”.

“We hope in the coming days Mr Julian Assange will be interrogated by Ecuadoran authorities on the basis of questions and requests from Swedish prosecutors,” the president told a press conference on Wednesday.

TIMELINE: All you need to know about Assange case

Assange fled to the embassy in 2012 to escape extradition proceedings.

The 44-year-old Australian refuses to travel to Sweden to answer the allegation, saying he fears he would then face extradition to the United States and trial over the leaking of hundreds of thousands of classified US military and diplomatic documents in 2010.

After a three-year stalemate, Ecuador and Sweden signed a legal cooperation deal last month that clears the way for Assange to be interrogated at the embassy.