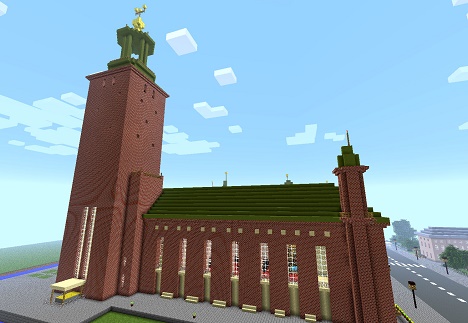 Relatively speaking, Sweden is a small country. Stockholm itself is not a big market and Sweden isn’t much bigger. When SI News spoke with several startups, we discovered that ambitious Swedes don’t begin their start-up journey intending to conquer the Stockholm or Sweden; Plan A is to conquer the world.

Beta versions and marketing materials are produced in English before they are translated to Swedish. And ideas and inspiration can come from anywhere on the planet.

The old Viking culture involved sailing off into the world and raiding for the cream of the crop. Today’s methods are a little less dramatic but spending time living abroad is a step on the standard life path for young Swedes.

“It's part of what makes the start-up scene so vibrant right now,” says Anna Lithagen, CEO of Talent Tribe, a Stockholm-based leadership network. “Many of us have been in Silicon Valley, India, Singapore, and many other places. We try to pick the best of different start-up scenes and cultures, and then combine them with the Swedish way of doing things.”

Lithagen adds that she picks up a lot of advice from people in India and the US.

“And then I apply it to how I work here in Sweden. We go out into the world, come back, and improve. You have to be curious about the outside world.”

But the Swedish startup way of life doesn’t mean you need to travel to be creative. It means you need to be open to bringing ideas in from outside of your immediate circle. Don’t be too proud to seek out the advice you need, the startup gurus advise.

“If you are starting on your own, you may need to add the creative flavour of another person,” advises Niklas Adalberth, deputy CEO and co-founder of Klarna. Adalberth recently left the company but was one of the main founders a decade ago. If you can't find (or don't want) another partner one way to do this is with an advisory board.

“People get confused about advisory boards, thinking they must be formal paid positions. But all you need to do is ask someone creative over for dinner every month,” Adalberth tells SI News.

Fresh ideas from elsewhere, casual dinners, shared inspiration and the boldness to brainstorm with others keep the creativity bubbling away. That’s the Stockholm way, according to Talent Tribe’s Anna Lithagen:

“Interest and curiosity about other cultures and constantly wanting to improve things. That's how creative people operate.”

How to “think internationally”, the Swedish startup way: