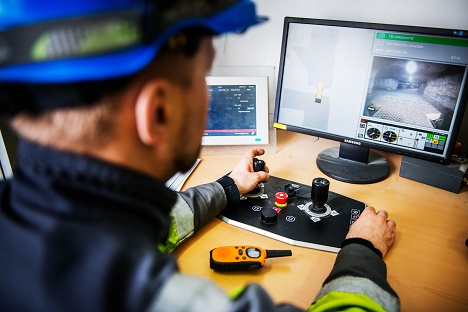 It was recently revealed that Sweden is one of the most innovative countries in the world – still. It's not news. The Nordic nation has been topping innovation indexes for years.

And the capital of Stockholm is the heart of the movement. It’s one of the best cities in Europe for startups, and will be one of the first cities to get 5G connection.

There are many theories to explain Stockholm’s position as the pre-eminent start-up city in Europe. After years of reporting on the scene, we’ve learned that it’s not just luck, or investment or clever marketing. These play a role, of course, as does the power of ‘clusternomics’.

But there is more to it than that. There’s something different going on up here in the north. A way things are done, a combination of elements that are as natural to Stockholmers as the water that surrounds the city or the fresh Baltic air sweeping in from the East.

But what is creativity? There are of course hundreds, if not thousands, of books on the subject. But we’ll keep it simple. Creativity is when you imaginatively take a piece of A and a piece of B to make a C. And if nobody else has ever made a C like yours then you’re being innovative too.

A quick glance at the list of game-changing businesses that have come out of Stockholm in the last ten years shows a golden generation of business creators at work producing Cs in a breathtaking range of industries.

This is not unprecedented. Sweden, and Stockholm in particular, has produced a disproportionate number of world class companies in the last hundred years and creativity has been a driving factor in all of them, from Ericsson to Electrolux to Spotify.

In conversation with some of the city’s leading start-up founders and CEOs we have explored the factors behind Sweden’s start-up surge. Over the next few weeks SI News will take a look behind the scenes and offer insight to what makes the country so incredibly creative.

This article will be updated as we publish sections related to the Swedish secret recipe for creative success.

The secrets of Swedish Startups:

1. Think international – according to Klarna and Talent Tribe

2. Design is key – according to TicTail and Creandum

3. Equality removes fear – according to Klarna and Universal Music

4. Be results oriented – according to TicTail, Klarna, and Volumental

5. Never stop testing – according to Universal Music and TicTail