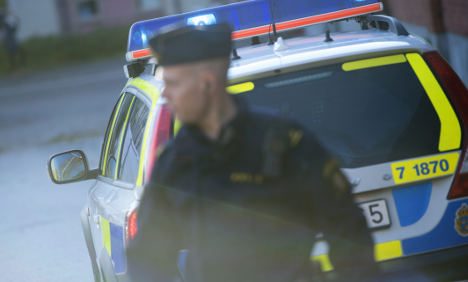 The Berlin-based group's Corruption Perception Index (CPI) is the most widely used gauge of corruption by governments, police, court systems, political parties and bureaucracies, measuring the perception of corruption in 175 countries.

Despite Sweden's strong score, the report's authors singled out the Nordic nation as an example of a European country that should beware of its dealings away from home soil.

“Just because a country has a clean public sector at home, doesn’t mean it isn’t linked to corruption elsewhere,” the report said.

“Take Sweden for instance. It comes third in the index, yet the Swedish-Finnish firm TeliaSonera – 37 per cent owned by the Swedish state – is facing allegations that it paid millions of dollars in bribes to secure business in Uzbekistan, which comes in at 153rd in the index”.

The company has recently said it is pulling out of business in Central Asia.

And it's officially LIVE! Check out how #corrupt your country is considered: https://t.co/49MVeArkDy #timeforjustice pic.twitter.com/RcRhchnQ1K

Transparancy International said however that Sweden isn't the only “clean” nation to be linked to “dodgy behaviour overseas”.

Half of all OECD countries are violating their international obligations to crack down on bribery by their companies abroad, according to the campaign group.

Elsewhere in Europe, the group said that only a handful of countries had climbed the rankings, with most places had stagnated and a few demonstrated an increasingly corrupt society, including Spain.

“Very worrying is the marked deterioration in countries like Hungary, FYR of Macedonia, Spain and Turkey where we’re seeing corruption grow, while civil society space and democracy shrink. Corruption won’t be tackled until laws and regulations are put into action and civil society and the media are genuinely free,” said Anne Koch, Director for Europe and Central Asia.

Three of the bottom ten countries on the list are from the Middle East and North Africa region – Iraq, Libya and Sudan, while North Korea and Somalia occupied the bottom two spots.

“The ongoing devastating conflicts in these and other countries inevitably mean that any efforts to strengthen institutions and the state have taken a back seat,” said Ghada Zughayar, Transparency International's director for the region.