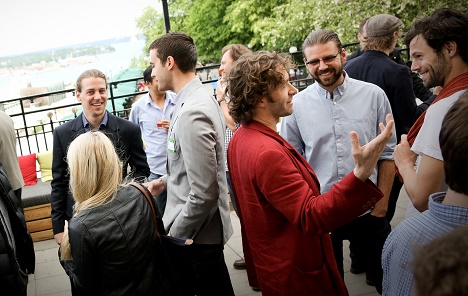 “I didn't even know much about it,” he confesses.

But love works in mysterious ways, and at this point Norek has been living in Sweden with his Swedish wife for five years now.

However, settling in and kicking off his own career in Stockholm proved to be a bit of a challenge. The Austrian expat sent more than 200 applications before securing a job – because he was doing it all wrong.

So what's the secret to finding work in Stockholm if you moved for love?

Find out what Norek did wrong – and how to do it the right way – here.


Mikolaj at an event in Stockholm. Photo: Private

This article was produced by The Local and sponsored by Stockholm Business Region.