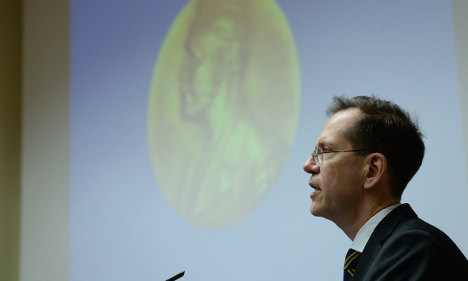 Lendahl decided to step down as secretary general of the Nobel Assembly and the Nobel Committee in Physiology or Medicine at Stockholm's Karolinska Institute (KI) after the Karolinska Institute University Board announced it had launched an external investigation into the recruitment and work of Macchiarini, who is a visiting professor at the facility.

Macchiarini rose to fame in 2011 for carrying out the first synthetic organ transplant, making a trachea – or windpipe – from plastic, and using it as a frame into which the patient’s own stem cells could then grow.

His career has been tainted by a series of controversies in recent years, which came to a head when Swedish public broadcaster SVT last month produced a documentary shedding new light on some of his procedures.

On Thursday, Anders Hamsten, the president of the KI, announced that Macchiarini's employment contract would not be extended when it expires in November.

It added that the celebrity surgeon had been told to use the period up until November 30th, when his contract runs out, to dismantle his research team at the prestigious Stockholm hospital.

Eariler in the week the university hospital announced it would open another inquiry into the controversial surgeon's work in Stockholm. He is also facing an ongoing criminal investigation.

“As Professor Lendahl anticipates that he may be involved in this investigation, he has resigned from his position as Secretary General out of respect for the integrity of the Nobel Prize work,” read a news release from Professor Rune Toftgård, chairman of the Nobel Assembly.

The assembly is an independent body of 50 professors from the KI that awards the Nobel Prize in Physiology or Medicine.