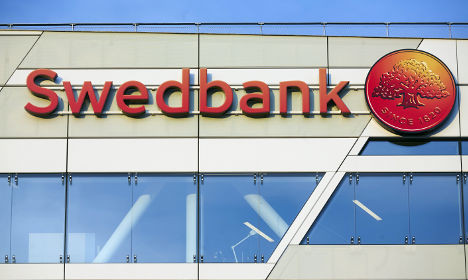 The banking boss was asked to step aside by Swedbank's board of directors, which said it was “time for a new leadership and a new CEO who can take Swedbank to the next level”.

The board has appointed Birgitte Bonnesen, who is currently Head of Swedish Banking, as Acting CEO. It said a recruitment process would spring into action immediately and a new CEO would be selected as soon as possible.

“This is no change in strategy, it's a change of pace. Wolf is not the right person for the next step. (…) It's important to find a person who can manage the work we have already done, but also implement a change so that we can get close to customers and colleagues,” said Anders Sundström, chairman of the bank's board of directors, at a press conference on Tuesday.

He has been on a 13 million kronor ($1.53m) annual package and the bank said that he would receive 75 percent of his salary for the next 12 months as part of his exit deal, as well as an additional severance payment worth the same amount. The Swede was recently ranked the ninth best executive in the world by Harvard Business Review, which looks at areas including social responsibility, governance and caring for the environment.

“I was surprised by the board's decision, but at the same time I have the greatest respect for the fact that it's the board of directors that appoints and dismisses the CEO. I would like to direct a genuine 'good luck' to the bank,” he told the Dagens Industri business newspaper on Tuesday.

However the move to sack Wolf follows recent media criticism of both his work and that of the bank's board. Sweden's financial watchdog, FI, announced a month ago that it had launched an investigation linked to a potential conflict of interest between the internal work of senior staff members such as Wolf and a number of property transactions.

“There are obviously shortcomings in what the CEO has done; he could have stopped these transactions if he had wanted to. But that's not my main argument for this change,” said Sundström.

Swedbank has eight million private banking customers and around 14,000 employees.