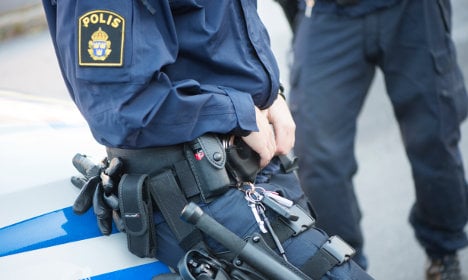 Foreigners often marvel at how much the Swedes adore their work-life balance, but this police constable surely takes that Scandinavian sense of commitment to unheard-of levels.

Here's what happened. He and a colleague pulled over a truck on the E4 motorway near Ljungby in southern Sweden just over a year ago and fined it for carrying too heavy a load.

In addition, upon taking a closer look at said load, they discovered the vehicle had been stacked top to bottom with alcohol – including 300 litres of wine. The officer contacted a senior police commander at the Växjö station, who decided to launch an investigation.

So far, so good. But when receiving instructions to seize the cargo and bring the suspect in for questioning, the officer dug his heels in. Because you do not (you do not) ruin a Swede's Friday plans and think you can get away with it just like that, not even if you're the boss.

“It's Friday afternoon and we're finishing our shift in an hour and a half and have not intended to work late,” the police constable informed his superior.

READ ALSO: Ten phrases you only hear in a Swedish office

However, an internal disciplinary panel did not share the officer's unshakeable belief in 'fredagsmys' (a Swedish word for enjoying a cosy time at home at the end of the working week) and has now reprimanded him, the Kvällsposten tabloid reported on Thursday.

“Failure to implement such a decision ultimately risks undermining the rules applicable to the judicial system,” read the ruling, said the newspaper.

The panel acknowledged that the officer had taken the commander's instruction as a directive rather than an order and added that an investigation would likely have been dropped. Nevertheless, it slapped him with a 25-percent salary reduction for the duration of five working days.