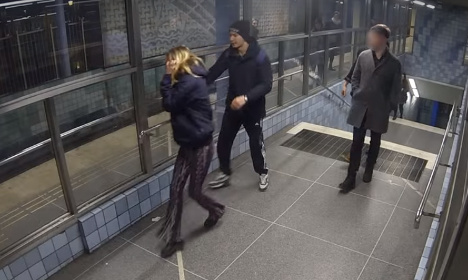 Screenshot from the video by Normel TV.

In the clip, filmed on a Saturday evening at the subway stop in Stockholm's Old Town (Gamla Stan), viewers see actor Daniel Norlin angrily lash out at and push innocent bystander (and fellow actor) Sara Henrietta.

Its mission? To see how many onlookers are willing to speak up and stop the situation from escalating.

“We came up with the idea following similar incidents in Stockholm lately. We wanted this to be given more attention and urge people to act in such situations,” Norlin, one of the co-producers of social experiment group Normel TV, told The Local on Tuesday.

Earlier this year, CCTV footage of a similar incident caused a stir in Sweden after it captured a pickpocket hitting and spitting at a mum with two children at the same underground station. Police later arrested a suspect, who faces charges of assault, theft and molestation at one of the capital's tourist hotspots.

But in the Normel TV clip, created by Norlin himself and co-producer Vlad Reiser – who describe themselves as “two Russian guys who live in Sweden and do awesome vids” – many Stockholm commuters are seen only warily eyeing the visibly shaken victim and her 'attacker' without intervening.

“We thought that more people would speak up and react. But actually it wasn't that many who reacted as we had imagined,” said Norlin.

However, while some choose to walk past, others step in to try to stop the attack.

“It's not worth it, man,” says one, trying to deflate the tense situation.

“What are you doing?” asks a woman and steps between the pair.

But Norlin told The Local he had expected more people to act. Referring to a Polish man who, in the video, is by far the quickest to intervene, he said: “We have noticed that many people from other cultures often react the most strongly, and that's what we want to get at, we want Swedes to react in similar situations.”

By Tuesday afternoon the video had been viewed more than 380,000 times on YouTube less than a day after it was published.

“People write that it's good that these things get attention. The reactions have been very positive,” said Norlin.

It is not the only social experiment video to go viral in Sweden this week. A clip posted by the Sthlm Panda group on Monday sparked debate after it showed bystanders ignoring a staged sex attack.

“How the heck can you just walk past and not do anything?” asked one Facebook user, referring to people pretending not to hear an actress's panicked screams from inside a white van, parked in public.

“I feel sick,” commented another. 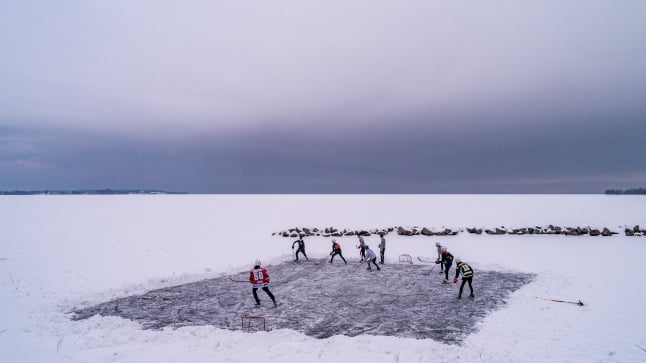